Computecoin Network Raises $6.2M In Strategic Round to Power Web3 and Metaverse Worlds Through Infrastructure 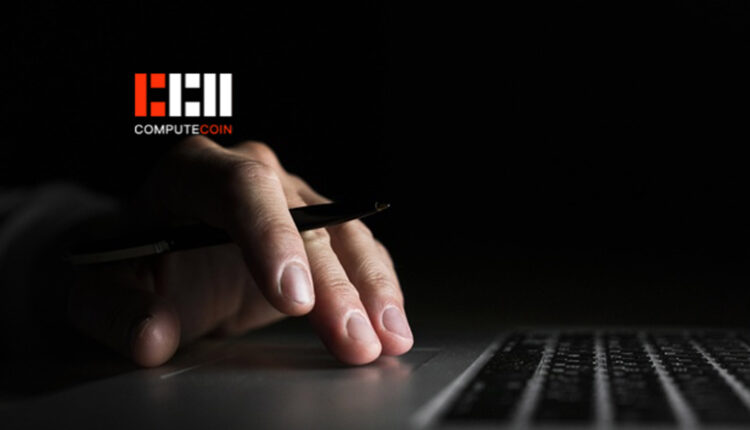 The Company Announces Additions to Its Board of Advisors, Including Co-Founder And Founding Architect of Salesforce, Global Loyalty Strategy Lead of Dell, and Others

Marketing Technology News: An Outlook on Events in 2022: Expansion, Expectations and Excitement

Web3 represents an expansive ecosystem that encompasses a vast array of ways for creators and communities to create value and monetize their offerings through decentralized networks. While the industry is relatively nascent, Grayscale recently estimated that the combined market capitalization of metaverse-related networks already totals $27.5B.

In December, 2021, there were over 18,416 active developers in Web3, up a considerable amount from the previous year, signifying an increasing demand for solutions within the industry. However, one of the biggest pain points in the industry is that Web3 applications are still deployed on Web 2.0 infrastructure such as AWS. This fact results in many performance limitations of these applications due to the latency issue, high-cost, and the lack of scalability.

“Computecoin was born in a research lab in 2018. Since then, we have been able to utilize over 210,000 computing and storage providers in 25 countries, bring on several advisors with immensely impactful backgrounds, raise strategic funds, and launch our Testnet Dome-A. Our mission is to make global, distributed computing and storage power widely available for all Web3 builders to easily use and take full advantage of to advance their projects and initiatives,” stated Dr. Max Li, CEO and Co-Founder of Computecoin. The company contributes 82G Metapower (MP/s) to the network, equivalent to 4,000 petabytes of storage space or 200,000 of Nvidia’s top-of-the-line 3080 graphics cards.

Computecoin is an infrastructure provider that supports Web3 developers and pioneers creating metaverse applications by supplying low-cost and low-latency computing services to build Web3-native products. It does so through aggregating decentralized clouds (e.g. Ethereum, Filecoin, Swarm, and Arweave) and offloading compute-intensive tasks such as real-time 3D rendering and motion-capturing data processing to a proximity network to supplement local compute power. In addition, Computecoin provides Web 2.0-compatible APIs and developer tools for Web 2.0 developers to seamlessly migrate to Web3.

The pre-seed and strategic rounds totaling $6.2M were led by Aves Lair. The funds secured have been used for product and team expansion, as well as business development and partnership efforts. Currently, Computecoin is fully compatible with Ethereum, and will soon be compatible with Binance Smart Chain, Solana, Polygon, and other major layer 1 blockchains.

“There are many reasons dApps haven’t taken over the market just yet. For dApps to be the norm would require a huge paradigm shift from how computing power is allocated and utilized. Computecoin’s novel technology and incentive mechanism are positioned to play a key role in this large-scale migration,” said Marian Tong, Managing Partner at Aves Lair.

Additionally, Computecoin is pleased to announce the appointment of several key individuals to its advisory board. Advisors who have joined the team include Dave Moellenhoff, Co-Founder & Founding Architect of Salesforce, Mitch Kennedy, Dell’s Global Loyalty Strategy Lead, and Dr. Steve Liu, an IEEE Fellow and Fellow at the Canadian Academy of Engineering, VP of R&D at Samsung AI center Montreal, and Chief Scientist of Tinder Inc. from 2016-2019.

“Businesses are searching for technologies to unlock the world of Web3,” Dave Moellenhoff said. “The Computecoin network is a global, scalable and performant architecture on which developers can build the next-generation of distributed applications to power Web3,” added Dave Moellenhoff, Co-Founder & Founding Architect of Salesforce.

Coming to market after four years of research led by Dr. Max Li at Columbia University (EntrapNet: a Blockchain-Based Verification Protocol for Trustless Computing, Distributed Error Correction Coding Scheme for Low Storage Blockchain Systems), Computecoin is supported by a world-class R&D team (IEEE fellows and professors from renowned universities) and two U.S. patents, one of which involves the methods and apparatus for performing distributed computing using blockchain. The company has already established its initial presence and technology and plans to expand to several more established blockchains in the coming months.

Marketing Technology News: What The Death of FLOC and Cross-App Tracking Means for Marketers

The Future of E-commerce is Conversational: UK Brands Using…