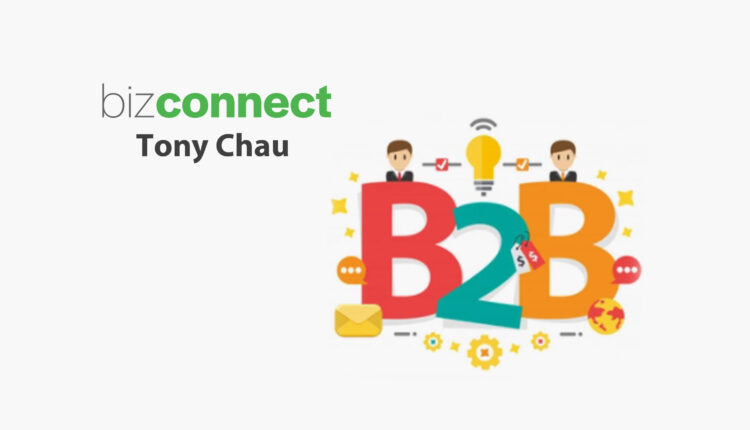 Virality is important in B2B marketing due to the challenges with traditional methods of marketing which are dominated by B2C companies. In viral marketing, a company will aim to spread its message with the help of large numbers of online users, who willingly share the content.

Virality is boosted by a small portion of the population, which is responsible for a large part of the sharing. Research shows that 17.6% of people share videos once or more each week. 9% of people share videos once or more every day. The 9% is responsible for 82.4% of the total shares on the internet! If you can specifically target this 9% of the user base, then you can potentially gain significant exposure and opportunity for virality for your content.

When people watch content that is shared with them by others, they are much more likely to take action, and also more likely to recommend it to others. An analysis from Unruly examining over 430 billion video views shows that the potential for virality is based on these two most important factors:

If people feel intense emotion after viewing the content, they are more likely to share it with others. And the greater that intensity, the greater the likelihood of them sharing the content. The key to evoking this level of intensity in your audience is to break their expectation for predictability.

Breaking the pattern of predictability is fascinating because the human brain is drawn to novelty. Novelty is what lets you stand out in a sea of clutter. The human brain is predisposed to seek – and care about – what is new. This tendency dates back to our early evolutionary traits. During ancient times, the human desire to seek novelty was what allowed us to explore new lands and create new tools. It allowed us to invent new weapons, and develop technologies such as mass food production in agriculture. Our desire to seek out novel experiences plays a key part in virality.

You can promote interesting content by showing people anything that may disrupt predictability. This means something that is unexpected, and beyond the pattern or “norm” that they have always been used to. For example, blending a smart phone in a blender is something that can be considered novel. This was the core idea behind a viral marketing campaign that led to the highly successful launch of the “Will It Blend?” video series for the Blendtec line of blenders. This success was due to how the experience disrupted a pattern of predictability. After all, no one would be willing to put their expensive mobile phone inside a blender, and therefore they don’t know what to expect when it happens. When this does happen, people instantly take notice. They will also be more likely to exaggerate the details of their experience by letting others know about how ridiculous it is to see a phone getting shredded. Such a tendency to exaggerate about interesting experiences occurs because sharing such stories will help to make the person sharing the content seem more interesting to others.

To help promote virality, you should focus on any content that is unpredictable to your user base. From my own online marketing experience, one example of unpredictability was when I openly told my audience that I succeeded in online marketing not because I listened to my audience, but because I stopped listening to them. This is a kind of verbiage that breaks the pattern of predictability. It gets people curious. It gets their attention. And it gets people talking.

To see firsthand for yourself how breakage in predictability can get people talking, just try giving people something that they don’t expect, the next time you have guests over. For example, you can try placing orange-colored tissue papers on the table for people to blow their nose. Almost certainly, people will talk about your orange-colored tissue papers. That’s because they are not used to seeing tissues in that novel color before, thus producing an effect of breakage of predictability. They will also be more likely to tell others about that one time when they saw and used orange-colored tissue papers at your home. That’s because retelling such an experience will make people appear to be more interesting to others.

The idea here is to focus on delivering content to your audience that can break the patterns that they have always been used to. Surprise them with content that is extraordinary in order to encourage them to share their experience with others.

A good example of early viral content stemming from an experience which broke predictability is in the story of Susan Boyle. Susan came on stage as a contestant on Britain’s Got Talent at almost 50 years old, when most of the other contestants were much younger. She was poorly dressed, overweight, had an odd head of hair, and she looked as nervous as a cat on a hot tin roof. What did people expect at this point? Everyone had low expectations of her as a performer. People quickly wrote her off, as evident by the laughs in the audience when she revealed how much she wanted to be a professional singer. No one took her seriously at this point because she did not have the expected looks, confidence, or charisma to be a singer. Susan was the embodiment of the type of grandma-next-door that you’d expect to find in a rural part of town, not a professional singer suited to entertain others. People expected her performance to be miserable.

Then all of a sudden, Susan masterfully broke the pattern of predictability when she proceeded to deliver a show-stopping performance! Susan Boyle became an instant viral hit. Her video on Britain’s Got Talent became one of the most prolific viral videos of her time, helping her attain a level of stardom that’s the envy of aspiring singers around the world.

The virality of Susan Boyle’s content resulted from her ability to break people’s pattern of predictability. Before Susan’s performance began, her pattern showed numerous predictable signs of an expected poor routine. There wasn’t anything about Susan Boyle before she began singing that indicated she could be a star. No one expected her golden voice. But, as soon as she started to sing, she threw the audience for a loop. The intensity at which Susan Boyle’s performance broke the viewers’ patterns of predictability helped make the content (her performance) far more interesting than it otherwise would have been, had she not broken predictability. As a result, Susan enjoyed a level of fame through virality that has endured.

B2B companies can draw from past events of unpredictability to help craft a marketing campaign with the potential to go viral. As traditional methods of marketing are dominated by B2C companies, it becomes more important for B2B companies to find innovative ways to urge users to share their message through viral content.