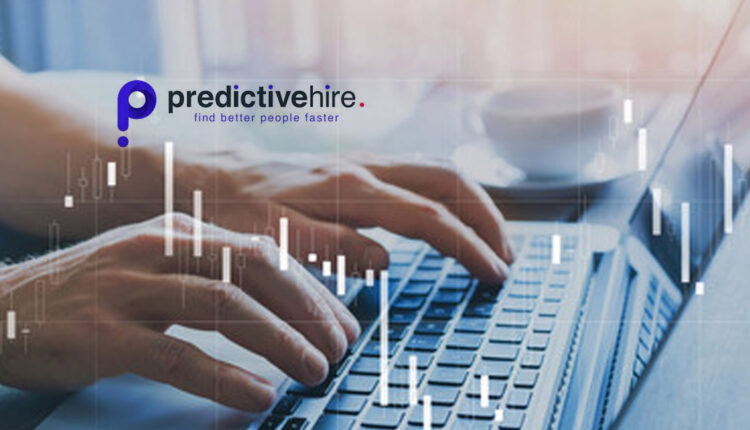 This new integrated offering includes a new product – VideoInterview, a simple and engaging video interview tool that enables hiring managers to conduct hundreds of interviews without having to schedule a thing resulting in amazing hiring velocity.

The product sits alongside PredictiveHire’s Smart Interviewer, the smartest and most objective interviewer on the market, creating a weighted score for every candidate, aligned to the ideal profile for the role – all through a simple text chat.

The combined  innovations have reduced the time to decision for PredictiveHire’s customers to under 24 hours, and given them the flexibility they need to hire fast for fit in a highly competitive candidate market.

A differentiator between PredictiveHire’s video solution and others is that there is no AI used to screen the video interviews given that unlike text, bias is almost impossible to eliminate once video and voice are introduced.

VideoInterview allows candidates to easily record video responses from their mobile and has helped companies retain candidates by delivering a familiar and candidate-centric hiring experience that lets them know if they are successful quickly. All candidates also receive personalized feedback.

This seamless process has consistently delivered a Candidate Happiness Score of 9/10 for customers with  a completion rate of nearly 76% for VideoInterview, and 86% of candidates saying that the experience made them more likely to recommend the company as an employer of choice.

The new product innovation was created as a direct response to a need by Australia’s biggest private employer, a large retail chain, who urgently needed to hire better and faster.

Predictive Hire CEO Barb Hyman said PredictiveHire built the product so that hiring managers no longer needed to sacrifice the quality of candidates for speed.

“In a world where there is a massive shortage of talent – even for recruiters themselves, businesses need to find  a less taxing way to assess talent,” Hyman said.

“We believe that the introduction of VideoInterview makes us the only truly automated hiring solution that  addresses fairness, fit and speed while genuinely engaging candidates,” she said.

Woolworths Group (ASX: WOW), is  the largest private employer in Australia, with over 1 million candidates applying for 40,000 roles a year. It estimates it saved about 5,000 recruitment hours in the first week of using PredictiveHire alone.

“We love the tool,  and we knew candidates would love it because it’s mobile and it’s interactive. We also  love the fact that we can measure advocacy for Woolworths at the end of it,” said Keri Foti, Head of Advisory & Talent Acquisition Services, Woolworths Australia.

This latest innovation comes off the back of a number of big announcements for PredictiveHire including:

Guide to Navigating the Future of Healthcare With Conversational AI