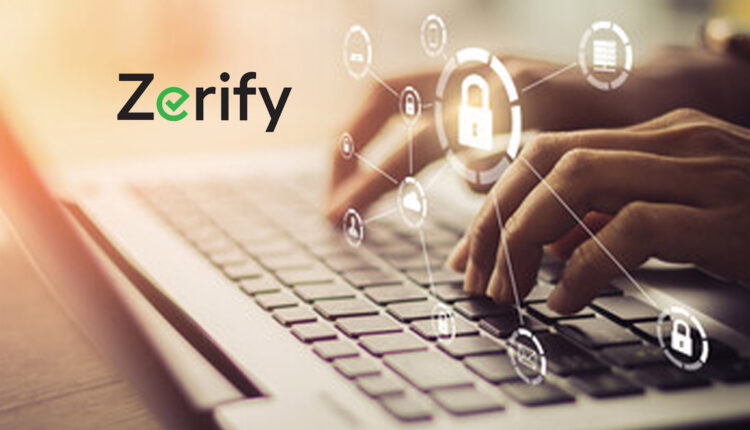 Zerify, Inc., the 21-year-old cyber security company focused on secure video conferencing solutions, today announced the findings of a survey that indicate that IT professionals are becoming increasingly concerned about the growing number of cyber threats and foreign attacks capable of impacting video conferencing. The survey, commissioned by Zerify and executed by market research firm Propeller Insights in July of 2022, involved 1,000 IT professionals – most of whom are at the director or C-Level (83.8%).

With the White House’s executive order on improving the nation’s cybersecurity, video conferencing still has not been given the specific, individualized focus it deserves despite a notable increase in virtual meetings among remote and hybrid workers across critical industries. The Cybersecurity and Infrastructure Security Agency (CISA) developed guidelines to ensure security in video conferencing that are in accordance with the National Institute of Standards and Technology’s (NIST) recommendations.

Highlights of the survey include:

“The results of this survey indicates broad awareness of Zero Trust cybersecurity among IT professionals, and underscore the need for video conferencing platforms to guarantee that same level of privacy and protection of proprietary data,” said Waller. “Collaborative communications is an area of heightened vulnerability as more work is conducted remotely. Video conferencing threats are increasing and decision-makers are concerned about nation-state threats as these platforms can be compromised by attackers trying to steal IP information and other valuable data. The increase in foreign attacks exacerbates security concerns for IT professionals, illustrating why it’s so important to authenticate and authorize every single video conference participant prior to their admittance into a meeting. Individualized authentication is essential to ensuring Zero Trust for the most secure types of video conferences.”

Survey from Lytics Finds Growing Involvement of IT Teams in Marketing

Great Place to Work Names Clinch One of the Fortune Best Workplaces in Advertising & Marketing in 2022, Ranking #17

Corporate Communication on Sustainability in Japan