WISe.ART NFT Marketplace to Mint in February its first NFT to be Generated from Space Using its WISeSat.Space Satellites Successfully Launched last week with SpaceX 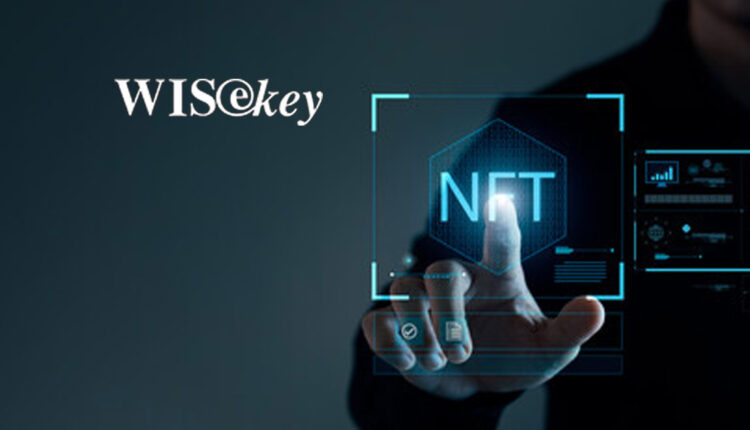 WISeSats satellites launched last week are working correctly and communicating via VaultIC encrypted communications despite working in extremely low temperatures conditions. During the testing phase, which will take 2-4 weeks, WISeKey will activate the NFT and then execute in mid-February with the launch of a prestigious NFT.

Furthermore, WISeKey has filed a patent application for a “System and Method for Providing Persistent Authenticatable NFT” in the USA. NFTs using this method have increased, long-term value and can help secure IoT networks by acting as a device authenticator which prevents a single entity (i.e., a malicious actor) from controlling massive amounts of data generated by digital networks.

WISeKey International Holding Ltd. (“WISeKey”), a leading global cybersecurity, IoT, and AI company, announced that it has filed a patent application that ensures the provenance, authenticity, persistence, and long-term value of NFTs that are minted on Blockchains using this method. During the minting process, this method allows to ensure that the NFT is not corrupted, incomplete, or ambiguous.

The WISeSat.Space constellation is already enabling the direct connection of satellites to IoT devices for NFT authentication, completing the connection cycle from space to device through a secure telecommunication means.

WISeSat.Space satellites launched last week are working correctly and communicating with VaultIC encrypted communications despite working in extremely low temperatures. During the testing phase, which will take 2-4 weeks, WISeKey will be working to activate the NFT, and then execute the launch of a prestigious art piece in mid-February.

The space based NFT ecosystem assures personal and secure authentication capabilities through the global WISeSat.Space constellation developed in partnership with FOSSA Systems. This solution can be used in multiple industrial applications to: optimize productivity across industries through predictive maintenance on equipment and machinery, create truly smart homes with connected appliances, and provide critical communication between devices including autonomous vehicles, self-driving cars and trucks and smart homes.

In general, there is a high confidence in the ability of a Blockchain to preserve and store the public key and digital signature information of the NFT along with any subsequent transaction data over long and very long periods of time. However, a Blockchain cannot preserve information that the NFT does not itself include. Such as disclosed in the patent application, it is the information in a persistent off-chain storage that establishes the value and that needs to be authenticated and secured.

NFTs that are not created by this method will not contain enough information to ensure that the minter of the NFT was the originator or possessor of the object at the time of minting or had authority to mint the NFT. Without identifying and establishing the rights of the minter, the long-term value of the NFT is diminished.

The information associated with an NFT can easily degrade over long periods of time. For example, over several decades or even over centuries the owner of an NFT, their descendants, and others may find it difficult to discern whether an NFT is authentic or what object the NFT is associated with, or the location where the object itself is located. There is no assurance that the NFT itself will preserve its ability to authenticate the associated object or that its association with the object will be preserved.

In order to solve these technical problems, the methods protected by the patent application define the structure, composition, and minting process of an authenticatable and persistent NFT to establish and maintain long-term value as well as corresponding systems implementing these methods.

Marketing Technology News: Wisekey to Generate the First Ever NFT From Space With the Launch of Wisesat on Spacex Transporter 3…

An estimated fifty billion connected devices worldwide, IoT is easily one of the most prevalent technologies in existence today ranging from wearable health tracking devices to sensors and controls on critical infrastructure like the power grid or water supply. NFTs can help secure IoT networks by acting as a device authenticator which prevents a single entity from manipulating or controlling massive amounts of data generated by IoT platforms as the connection between the tokens and devices are difficult to compromise and can be traced during their lifetime now from space using the WISeSats.