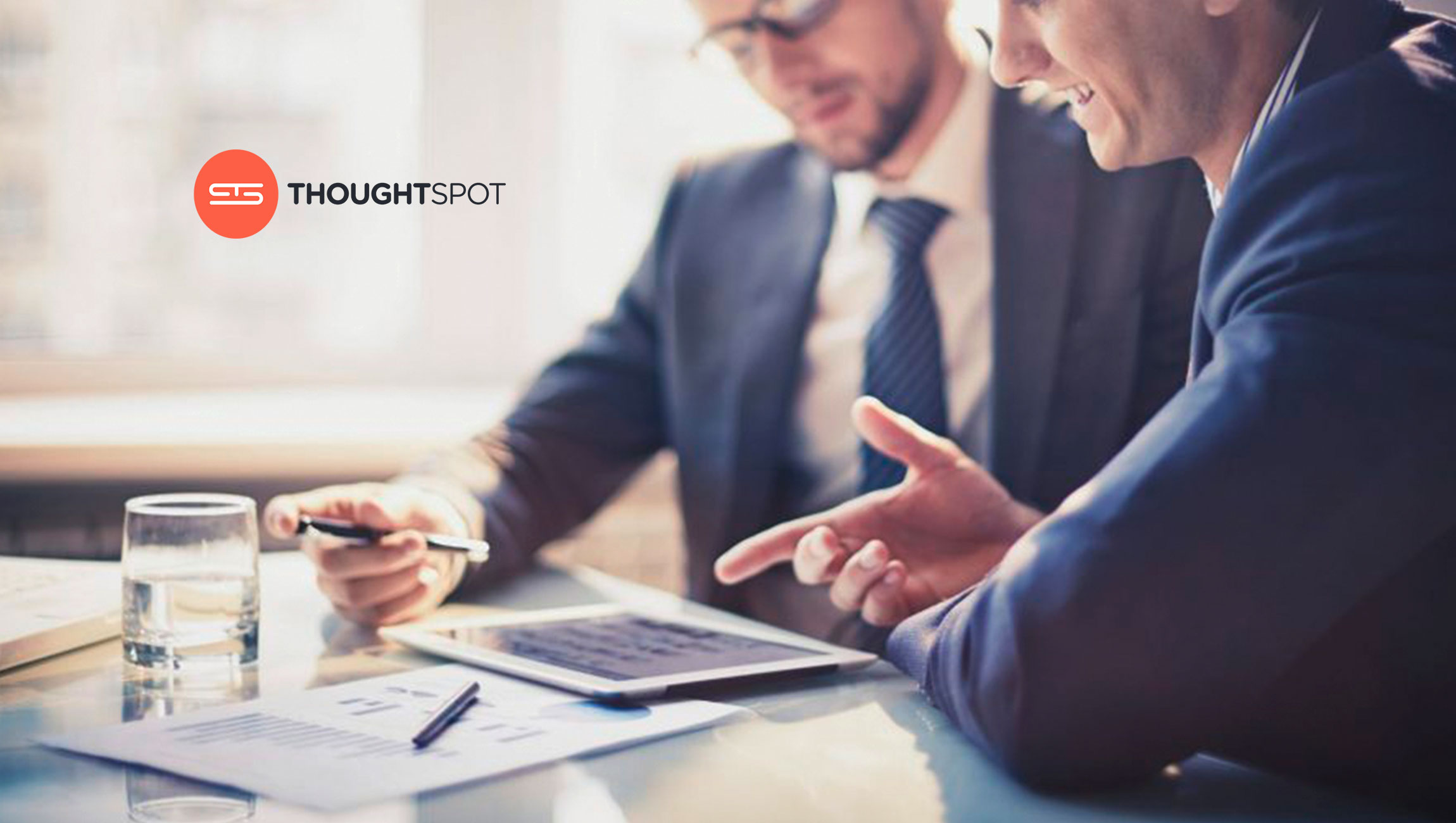 ThoughtSpot, the leader in search and AI-driven analytics for the enterprise, announced it has appointed Sudheesh Nair as its new CEO. Nair joins ThoughtSpot from Nutanix, where he was the company’s President. During his tenure, he was responsible for leading the sales organization and helped grow the company from $0 to over $1 billion in revenue and over $9 billion in market capitalization. Nutanix is now the leader in hyper-converged infrastructure, selling in over 100 countries and with more than 4,000 global employees. Ajeet Singh, co-founder and CEO of ThoughtSpot, will take on the full-time role of executive chairman and lead the user experience, product, and engineering functions. Singh also previously co-founded Nutanix.

“I am thrilled to partner with Sudheesh again as he joins us today as CEO. He’s an incredibly talented executive with a proven track record of growing a disruptive technology company from zero to over a billion dollars in revenue. Leading a company through that type of growth in such a short period of time is a feat very few people on this planet achieve,” said Singh. “Sudheesh’s unbelievable energy, drive, and passion for rapidly growing and scaling businesses will be huge assets as we take ThoughtSpot to the next level. I am excited to be transitioning into an Executive Chairman role leading our technology and product teams. Having worked closely with Sudheesh before, there’s no one I have more confidence in to scale the company through this next phase of massive growth.”

“Over the last many years, BI has become known for visualizing complex data. But in a world where customers want faster business insights, simply visualizing complex data isn’t enough. Today’s companies need to get rapid value out of the unprecedented volume and variety of data they are collecting from SaaS, hybrid cloud, and IoT data sources. The world needs ThoughtSpot, a company built architecturally from the ground-up to deliver Augmented Analytics and insights at the speed of thought, using modern technologies like search, machine learning, and massively scalable compute power,” said Nair. “I’m excited to partner with Ajeet and the ThoughtSpot team to grow the company and build ThoughtSpot into a global leader.”

Nair joins ThoughtSpot following the company’s $145 million Series D funding and record breaking year winning notable market accolades, including being named a Visionary in the Gartner Magic Quadrant for Analytics & Business Intelligence, the #1 Best Big Data Company & CEO to Work for by Glassdoor, and a Top Company: Startup by LinkedIn. Hundreds of global enterprises, including three of the Fortune 5, thirteen of the Fortune 100, and many other innovative brands such as Amway, Bed Bath & Beyond, Capital One, Celebrity Cruises, Chevron, Haggar Clothing Co., Miami Children’s Hospital, OpenTable, PetCo, and ServiceNow have selected ThoughtSpot for the company’s unique ability to empower any employee with true self-service analytics. ThoughtSpot grew revenue by 180 percent in the fourth quarter, as enterprises invested heavily in the company’s search & AI-driven analytics platform.

Nair joins ThoughtSpot after a career leading business and sales organizations for rapidly growing technology companies. He has been President at Nutanix since February 2016, having served as SVP of Worldwide Sales & Business Development from April 2014 to February 2016 and VP of Sales from October 2013 to April 2014. Nair joined Nutanix as employee 16 and the company’s first salesperson in February 2011. Prior to joining Nutanix, Nair worked in various sales leadership positions at IBM-XIV, DDN, ONStor and Zambeel.