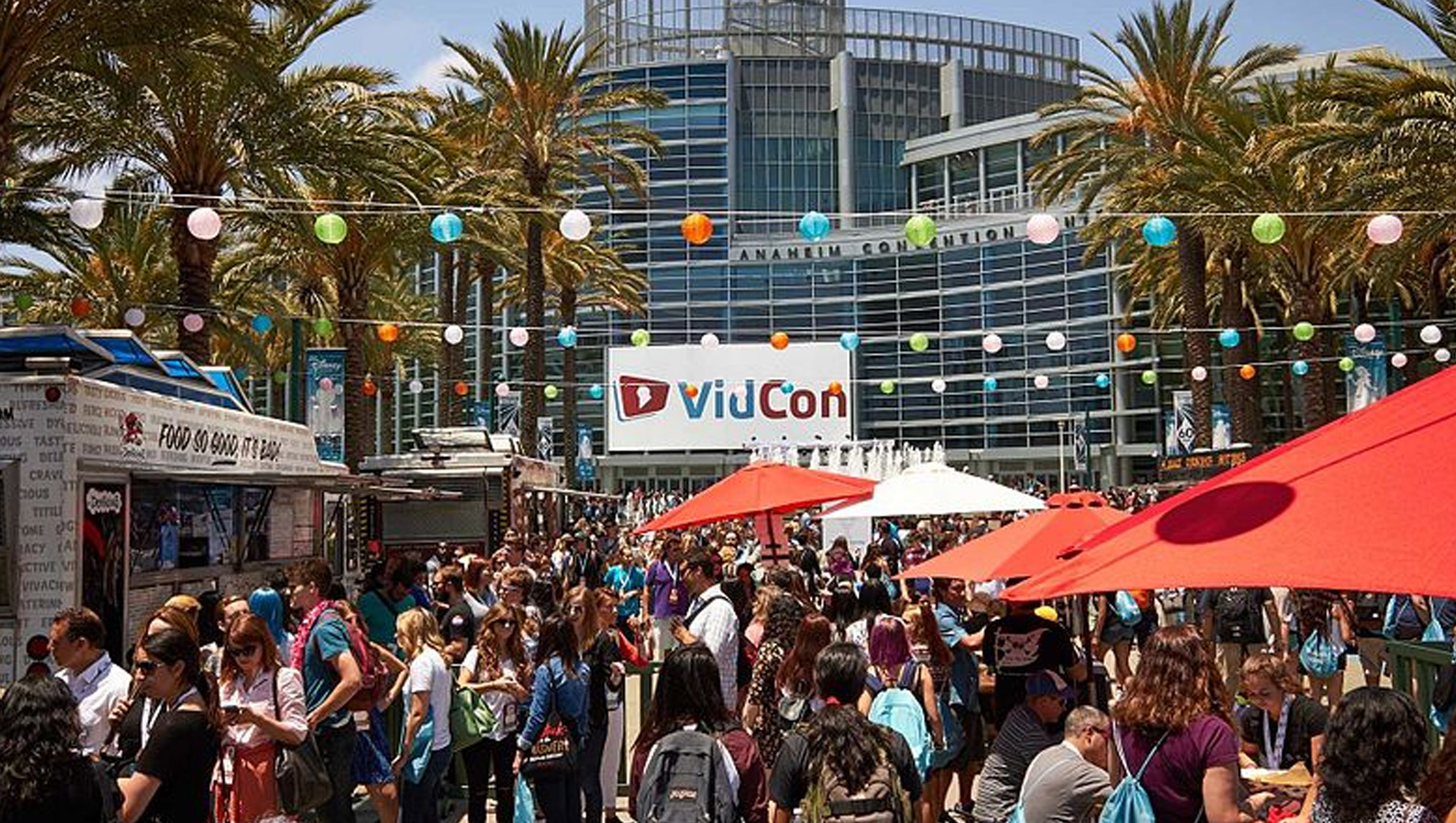 When those social posts from friends you like and respect in the ad world start rolling in from the Cannes Lions Festival, it’s hard not to get at least a mild case of FOMO.  Everyone somehow looks impossibly insightful and fabulous at the same time. And those backdrops! But I went to Vidcon (now, like WHOSAY, a Viacom Company) instead this year, and I’m glad I did.

Here are 7 reasons why:

(1). Diversity. Where else can you see a twelve year old creator, sounding like a Harvard MBA, asking detailed questions about his monetization strategy (now that he has 100 subscribers for his DIY channel), followed in the audience Q&A line by Granny Pottymouth, the octogenarian YouTube storyteller who asks, sweetly, how she can make some more money on her merch sales. Vidcon is WAY more diverse than I expected. Creators of all ages, backgrounds, and orientations. While an ironically non-diverse crowd in Cannes debated the diversity conundrum in the industry (sincerely, to be sure), Vidcon was a wild and wonderful melting pot of storytellers from all over the world.

(2). Emotion. You really feel the YouTube vibe. While Cannes is professionally satisfying and great for networking, at Vidcon I experienced a range of emotions all day long. Awe at the creativity of the community, inspiration at their passion and authenticity, empathy for their struggles with changing algorithms and monetization challenges, joy at the shrieking kids when Nickelodeon’s Jojo Sliwa took the stage just inches from her biggest fans.

Also Read: The Shift to Cloud Computing: A New Era for Rights Management in Media and Entertainment Businesses

(3). Change. This Vidcon was different. More grown up, by all accounts. All the major social networks (IGTV anyone?) were there. The industry has reached a professional cruising altitude, and you could feel it everywhere. Kids who grew up as fans are now adults with income and they want content for them. Creators are grasping the difference between raw views, and real influence, and what that means. There was a lot of talk about how to be great, not just big.

(4).  The Sponsors! While there are a lot (over eighty, thanks to aggressive representation by UTA), activations were creative and varied and tons of fun.  Standouts: Mars, who built a whole interactive town and threw a Twix prom. Serta, where you could nap with hundreds of your closest friends. The Nerf shoot-out room, a total blast.  Also lots of fun: NBC’s World of Dance; MTV Crib; Invisalign; LEGO, Hasbro; Snapchat.

Also Read: Six Tips for Winning With a Multi-Cloud Approach

(5). The Co-creation Trend. True, sustainable creative partnerships between makers and brands was talked about everywhere. What Vidcon co-founder Hank Green calls the “fascinating space between one-off paid posts and long-term endorsements,” as brands and creators learn to collaborate successfully over time.

(6).  Talent. The insane talent. You just have to see it to believe it (and you can, it’s YouTube!), but here’s my short list: Shitty Robots, Chicken Attack, Ask A Mortician, Kirsten Collins, Peter Hollens, Trey Melvin, Rob Scallon, Miles Jai, Bo Burnham.

(7). Hope. The sense of optimism and possibility in the creator community was palpable. The true spirit and energy of creation. There are talented people everywhere, they have stories to tell, and they will be heard.