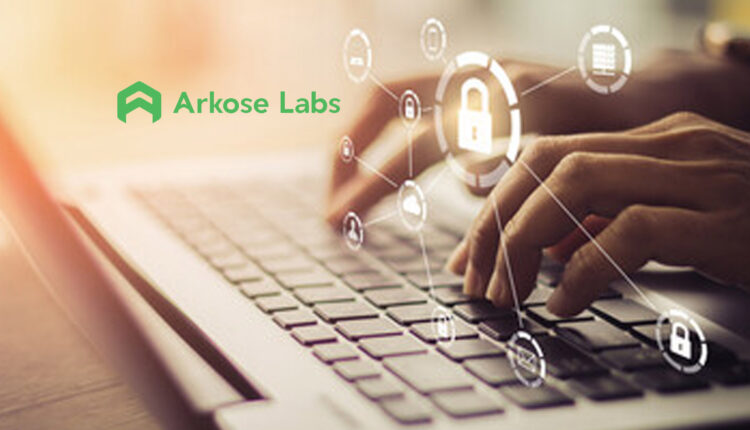 Arkose Labs, the global leader in fraud deterrence and account security, released new data on the latest online fraud trends, revealing record increases in attacks across multiple sectors. The company’s 2022 State of Fraud and Account Security report uncovers the top six fraud-fighting trends from 2021 and provides data that emphasizes no digital business is immune from attack. Malicious bots, human attacks and the rise of “Master Fraudsters” have created a disruptive and vulnerable environment, making online fraud deterrence even more critical for businesses.

“The increase in frequency and severity of fraud was higher in 2021 than any other year we’ve monitored, which is especially jarring considering how extraordinary the 2020 numbers were,” said Vanita Pandey, chief marketing officer for Arkose Labs. “The Arkose Labs Global Network’s most recent threat intelligence shows an eye-opening 21% of all online traffic was an attack, with nearly every industry seeing a sharp increase in every type of attack. As fraudsters become more sophisticated, we must outpace their efforts and continue to provide the best-in-class solutions to keep consumers’ online accounts secure.”

Highlights from the report include:

The report highlights the need for companies to have increased awareness and diligence when it comes to thwarting cybercrime. Today, Arkose Labs provides support for some of the world’s most recognized brands and platforms including Honey, LinkedIn, Microsoft, PayPal, Pitney Bowes, Roblox, Venmo and Zilch. Arkose Labs covers industries such as financial services, fintech, gaming, retail, technology and social media and represents more than 1 billion social media users, 60% of online video gamers and 40% of all retail volume.

“From the earliest days of online information to the rapid evolution of today’s metaverses, the internet has come a long way,” said Pandey. “It’s imperative that companies protect their online platforms and their consumers from malicious activities.” She concluded, “We have the ability to do this today, and our approach is making it more difficult and less lucrative for attackers to conduct fraudulent activity.”

MarTech Interview with Steffen Schebesta, CEO and VP of Corporate Development at Sendinblue