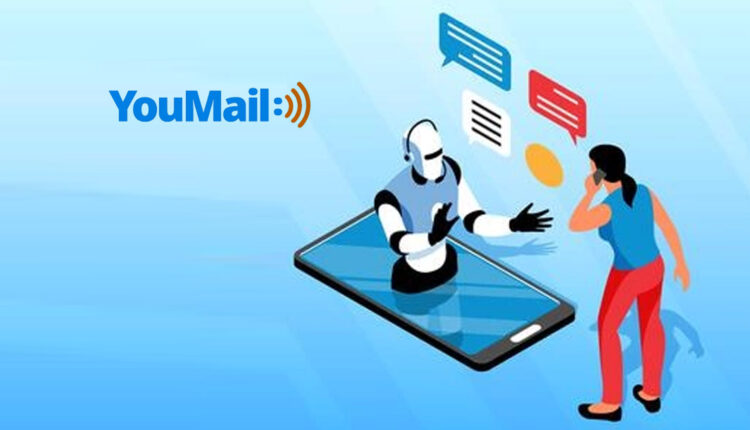 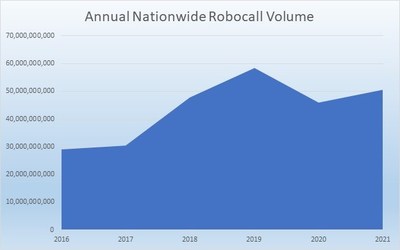 In December 2021, Americans received just under 3.6 billion robocalls, a 13% decline from November, and the fewest calls for any month since June 2020. In December, robocalls averaged 115.1 calls/day and 1,332 calls/second versus November, in which robocalls averaged 137.4 million calls/day and 1,590 calls/second, down 16% on a daily basis. This decline was driven by a big drop in the last few weeks of the month, as the robocallers appeared to have taken time off for the holiday season.

These latest figures are provided by YouMail, a totally free robocall blocking app and call protection service for mobile phones. These figures are determined by extrapolating from the robocall traffic attempting to get through to YouMail’s millions of active users.

“The good news is that monthly robocalls continue to be on a lower plateau since the STIR/SHAKEN rollout on June 30th,” said YouMail CEO Alex Quilici. “The bad news is that total robocalls still exceeded 50 billion for the year, which is roughly 200 robocalls this year for every adult with a phone.”

Spam and Scam Calls Continue as A Large Percentage of Calls

Overall for the year, the scam category topped the list with almost 30 billion scam or spam calls, or just under 60% of all calls, a very substantial number of likely unwanted calls.

In December, the same cities, area codes, and states that have had the most robocalls in recent months continued to do, though the numbers of calls were significantly lower than in past months.

These data points are provided by YouMail, a free call protection app for mobile phones. YouMail recently won the American Business Awards’ Gold Stevie Award for Technical Innovation of the Year, and the YouMail app was named the nation’s best robocall-blocking solution in a competition organized by Geoffrey Fowler of the Washington Post.

Parks Associates: 70% of US Broadband Households own at Least One Streaming Video Product Connected to the Internet

ConsenSys and LivePerson Team Up To Create VillageDAO, The World’s First…

Digital Video Ad Spend Increased 49% in 2021 and Expected to…