Nostalgic Yet? Email Turns 50, LISTSERV is 35: Pioneering Internet Inventions Keep Thriving as the Most Essential Channels for Everyday Communications 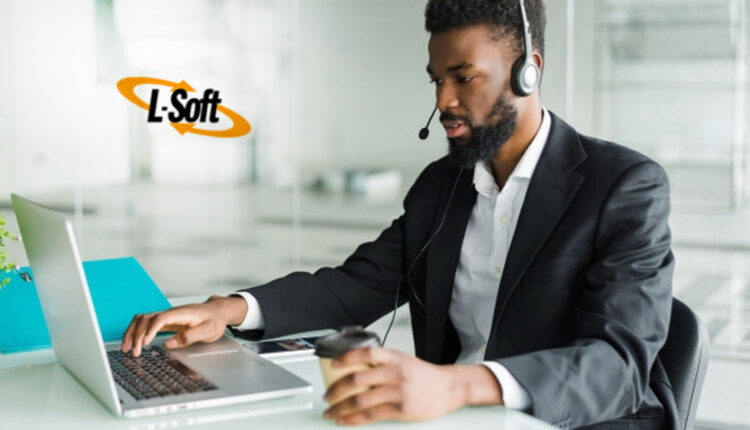 LISTSERV® was invented by Eric Thomas in 1986, who founded L-Soft in 1994 to further develop the first automated email list management software

Nostalgia has made quite the comeback, and the Internet is no exception. So it’s delightful that the most familiar innovations of email and LISTSERV® – two of the major IT inventions still thriving – celebrate key milestones in 2021.

The comprehensive story of how we arrived at the current and ever-evolving tech-driven communication space of today is nothing short of astounding – a reflection of human ingenuity, determination and a vision of a more connected society.

Fast-forward a decade and BITNET, aka, “Because It’s Time Network” is introduced. Tim Berners-Lee hadn’t invented the World Wide Web yet. But people kept the networks of the mid-1980s busy despite minimal bandwidth. Email lists existed on LISTSERV@BITNIC as of 1984, but they required manual administration.

Thomas created the first version of LISTSERV, called “Revised LISTSERV” at the time, in June 1986. Email groups and newsletters as we know them today began.

“My goal was simply to create a tool that would allow mailing lists to prosper while making life easier for subscribers and list owners. It was a simple idea whose success exceeded all my expectations. Sometimes you set about solving a small problem, and later on you realize that you have actually solved a big problem.”

From then on, the Internet culture of communications and knowledge exchange has been able to flourish. And flourish it did.

Three and a half decades of continuous development later, LISTSERV® software and its SaaS version are widely used by all types of organizations around the world. LISTSERV lists, from discussion and support groups for people with rare diseases to company newsletters and university or government announcement services, continue to help people and organizations communicate, collaborate and connect.

Moshe Barak, who now uses LISTSERV for environmental activism, shares some nostalgia from his earliest days as a 35-year university LISTSERV administrator:

“I was a site admin since Day 1 and worked with LISTSERV for many years at Technion, starting in 1986. Only with the idea and implementation of the mailing list – Eric Thomas being first to do it worldwide – did mass communication become very thorough and proficient.”

Ginger Sawyer, GSI Board Member and Treasurer, describes how LISTSERV helps people with rare diseases around the world get support and build knowledge:

“GSI (Gastrointestinal Stromal Tumor Support International) is truly a patient-driven organization, held together by the bonds of our email groups, which serve as our support system. Each and every person who associates with GSI through our LISTSERV discussions leaves a lasting piece of information and history for those who will follow in the future.”

Additional key inventions by Eric Thomas were integrated into LISTSERV over the years, including:

Survey: Nearly Half of Americans Quickly Lose Trust in a Brand If Exposed to Toxic or Fake User-Generated Content on Its Channels

The Changing Scope of Enterprise Data Protection for…