Simplicity Raises $8.5M in Seed Investment to Battle Misinformation by Supporting the Voices of Local Governments 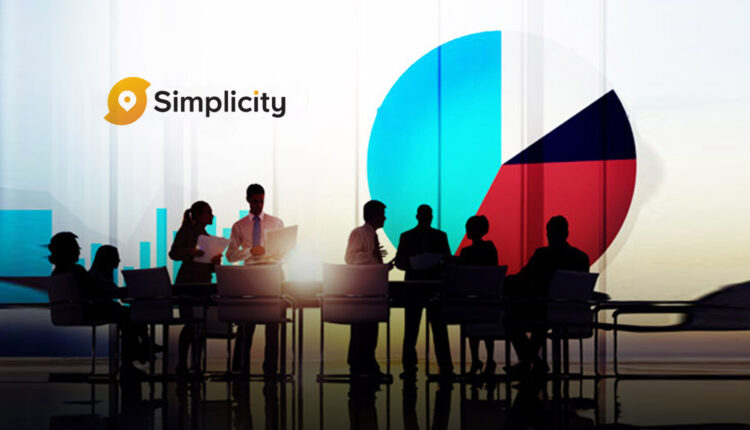 Simplicity, a smart communication platform for municipalities and its residents, announced the closing of an additional $8.5 million investment round in the fight against misinformation and hoaxes in support of local government. The company’s further expansion to the U.S. is backed by Venture to Future fund, Zero Gravity Capital, and Angel investors syndicate, who trust the platform to simplify the communication between cities and residents.

More than ever, it is crucial to deliver announcements from the local government to residents instantly. Simplicity app collects, aggregates, and delivers all the critical and official updates from the municipalities, hospitals, police, libraries, and other city sources. Information is delivered to citizens via smartphone notifications based on residents’ preferences. It is essential to stay informed with reliable information, not miss anything crucial or get lost in a heap of fake news.

Thanks to the previous investment, the number of local governments using the Simplicity platform has grown to 100 cities in Europe and Israel. The current goal is to reach the same number of cities in the U.S. Funds raised will improve the technology behind the application and power the expansion within existing and new markets in the U.S., Europe, and Israel.

“The idea for the Simplicity app came from our university studies in Denmark, Scandinavia, where we’ve noticed a lack of important announcements in the city we’ve lived in. With the Simplicity app, citizens will never miss the official information about new restrictions, roadblocks, deadlines for taxes and fees, or city emergencies,” said co-founder Juraj Gago. “Residents need one source delivering relevant, local updates from trusted sources in real-time. Simplicity is that source. All in one place. No ads. No fake information. No privacy issues. Delivered in real-time. Always accessible on your smartphone,” added co-founder Andrej Krupa.

Statistics show that more than eight-in-ten Americans get information from digital devices rather than traditional media, which contributes to a faster spread of unreliable and fake news. The platform battles this by directly connecting residents with their city and giving them a reliable news source to turn to.

“I’m glad to be a part of the fantastic Simplicity team and support this startup both as an investor and AI technology mentor. It is exciting to participate in building a platform that revolutionizes the way millions of people live and communicate in cities,” said Roy Ramon, Managing Partner of Zero Gravity Capital.

“Simplicity provides the most efficient platform for communication between the municipality and its citizens. Compared to social media, it does not act upon false information or unverified sources but rather provides users with reliable updates. In addition, it involves people in public/local life and improves interaction with local governments, which supports the smart city concept,” explains Matej Riha, Chairman of the Board of Venture to Future Fund.A

Yellow.ai Named A Major Contender And A Star Performer In…

Unblu and Directlink Team Up to Combine Advanced AI and…

78% of Business Professionals Are Ready for the Metaverse