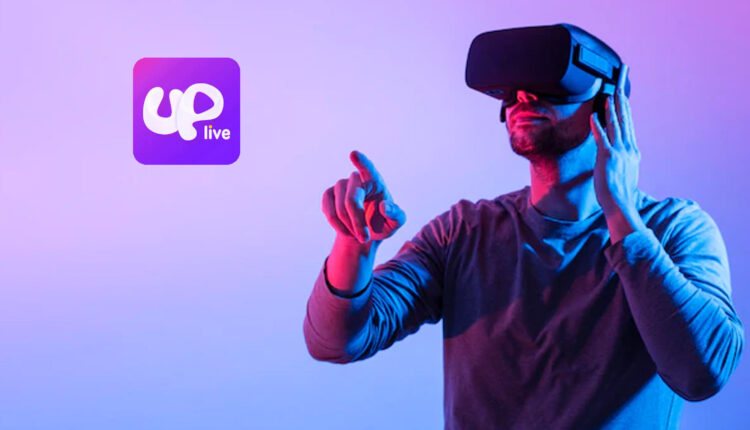 Asia Innovations Group (AIG) announced the official release of a new avatar feature on Uplive that uses real-time micro-expression mirroring, enabling anyone with a basic smartphone to enter the metaverse. This new feature will enhance the user experience on Uplive, which is already the world’s #1 Independent Global Live Social video platform with over 300 million users globally.

Uplive’s new high-fidelity, full-body 3D live avatars are completely customizable, allowing users to adjust over 200 individual facial features to create any virtual look they want. Users can create their avatar in their own likeness by using AIG’s proprietary expression capturing technology to mirror one’s face in real time or they can take the route of shrouding their “in real life” (IRL) identities with their avatar. Users can then immediately show their avatar in a live video stream to the world via Uplive.

This accessible onramp to the metaverse will ensure that all races, ethnicities, shapes, and sizes are represented no matter their personal or societal circumstances. Uplive’s avatar functionalities will transform how people communicate online by bringing state-of-the-art, real-time expression mirroring technology previously available only on expensive, dedicated equipment to any smartphone.

“With Uplive’s avatars, we have unveiled the first truly accessible metaverse,” said Andy Tian, CEO of AIG. “Human beings need self-expression and genuine connection, both of which we are offering the world through this cutting-edge new product.”

To fully showcase AIG’s new avatar product and its conceptual views of the metaverse, AIG has released a full white paper outlining its approach, available at The Economist. The white paper includes results from a never before released survey, revealing that emerging market users seek a metaverse that is accessible “anytime and anywhere” and that contains ample opportunities to earn an income.

“The pandemic has widened the digital divide between people in wealthier and still emerging countries,” Tian continued. “We at AIG aim to help people at the bottom of the income spectrum by narrowing that digital divide. The opportunities for Uplive creators to use avatars to their advantage are endless and we are extremely excited to see the creative directions they take.”

MoEngage Recognized as a Niche Player for the First Time in…