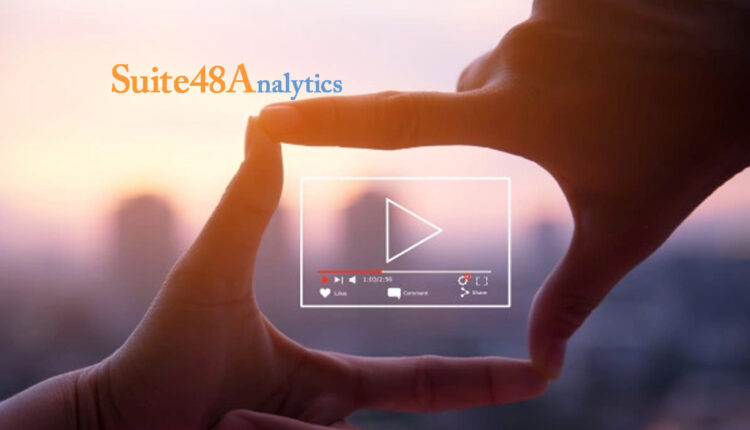 Do-It-Yourself (DIY) video creation apps – apps used by non-video professionals – are a powerful driver behind the current surge in sharing and viewing of user-generated videos, according to a new study by Suite 48 Analytics. Under the hood, AI-based innovations are enabling this new generation of apps to overcome the traditional dilemma of creative power versus ease of use.

The DIY Video Creation Apps study, released today, takes a deep dive into the trends at the core of today’s successful DIY video creation apps, including smartphone, web and desktop-based apps. An analysis of 82 popular innovative apps found that, while video editing is a true-and-proven use case, the traditional approach – offering timelines and layers to trim and composite video clips – has had little success attracting users beyond the core market of professionals and technically proficient hobbyists.

According to the study, more successful approaches to getting mainstream adoption are being developed based on adjacent use cases and user behaviors. These include apps that originally offered animated slideshow creation features but evolved over time into more sophisticated video trailer creation apps. Another example are apps that have successfully tapped into the popularity of easy-to-create phodeos (hybrid photo/videos, such as animated GIFs, Apple Live Photos, Boomerangs) by enabling the creation of short music video clips, with the potential of expanding into longer form video creation in the future.

“The baby steps that take these products beyond the familiar are what has the greatest impact,” according to Hans Hartman, principal author of the study. “Too often we underestimate how fundamentally new it is for most people to work with videos. Everyone now has a device in their pocket that makes it as easy to capture videos as it is to shoot photos. But how do you make the footage shorter, more engaging, and good enough to share on social media or use for marketing purposes? That requires dealing with the complexities of an additional dimension – time – and an extra media format – audio.”

While the first generation of DIY video apps for consumers, SMBs and enterprise workers delivered the necessary tools to deal with these added elements, they were generally too complex and demanding to enable mainstream adoption, according to the study. Conversely, apps that have embraced the alternative approach – prioritizing ease of use over creative control by offering templates and stock photos, videos and music libraries – have become popular, but have not met the needs of more demanding users, who require tools that enable their creations to stand out from the crowd.

A promising third approach, according to the study, is being taken by innovative – often AI-based – apps that manage to hit the sweet spot between ease of use and creative control, offering innovative and powerful features ranging from one-click background removal throughout the video, to typing text that changes the words spoken by people featured in the video, thereby eliminating the need to re-shoot.