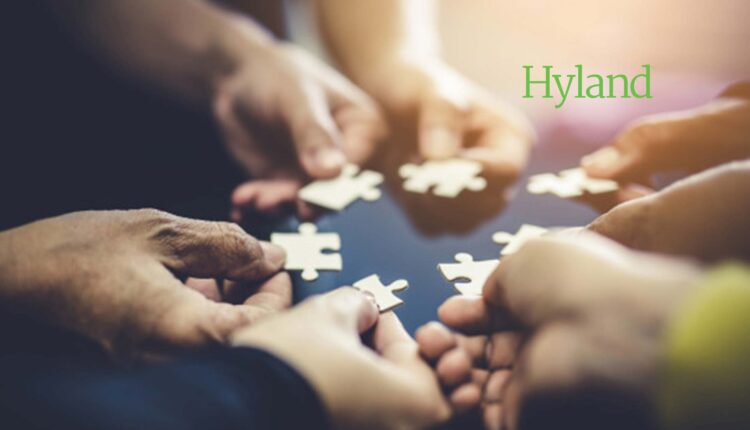 Hyland, a leading content services provider for organizations across the globe, has signed a multi-year partnership with Formula One driver Valtteri Bottas ahead of the upcoming race season beginning March 18-20 in Bahrain.

The deal makes Hyland an Official Partner of Valtteri Bottas, and Bottas will feature Hyland logo placements on his racewear both on the side of his fire suit and side of his helmet. With 10 Grand Prix victories and 67 podiums to his name going into his 10th season of racing at the highest level, Bottas brings a storied history of success to the Hyland partnership.

“Partnering with a company like Hyland was a clear choice because we both share a belief in driving better performance, both on the track and off,” Bottas said. “Hyland is committed to helping its customers reach their goals and I am proud to represent Hyland as we achieve our goals through the season together.”

Bottas is Hyland’s latest addition to its expanding roster of professional sports partnerships, following a sponsorship agreement with Bottas’ new team Alfa Romeo F1 Team ORLEN launching in the upcoming 2022 season and a partnership with PGA TOUR star Xander Schauffele, first announced in 2019 and extended in 2021. Golf and F1 are international sports that attract a global C-Suite audience, with Hyland’s growing presence in both providing a platform to engage these decision makers and put Hyland’s better business performance promise into action.

“We are thrilled to partner with and welcome to the Hyland family an athlete like Valtteri who competes at the highest level of motorsport,” said Ed McQuiston, executive vice president and chief commercial officer at Hyland. “We share similar values with Valtteri and Alfa Romeo F1 Team ORLEN: We’ll work together as partners to drive innovative solutions for better business performance. We envision shared growth and success in the future – and accomplishing those feats as a team.”

Hyland, now the official content services provider of Alfa Romeo F1 Team ORLEN, will have its logo present on Alfa Romeo’s C42 cars, on both sides of the “halo” – the protective piece of the vehicle near the driver’s head. Additionally, Hyland’s logo will be present on race transporters, driver fire suits, interview backdrops, garage wallboards and more.

Hyland’s sports sponsorship work first started with the Hyland and Schauffele partnership in July 2019, with Hyland’s logo on Schauffele’s golf bag, before extending the partnership in January 2021 for three additional years and Hyland’s logo moving to Schauffele’s sleeve. Schauffele is currently ranked No. 7 in the Official World Golf Rankings, and has four career wins, 10 second-place finishes and 33 top-10 finishes on TOUR. Last year, he won the Olympic Gold Medal in Tokyo in August and was part of the U.S. team that won the Ryder Cup in resounding fashion at Whistling Straits in Kohler, Wis., in September.

“Xander has been a tremendous brand ambassador for Hyland, and the synergy between his ascent to become one of the world’s top golfers and Hyland’s rapid growth over the course of our partnership is clear,” said Drew Chapin, senior vice president and chief marketing officer at Hyland. “We’re excited to add to our sponsorship roster and be a part of F1 with Valtteri Bottas and Alfa Romeo F1 Team ORLEN, and be part of the team’s passionate pursuit of success.”

Multichain Makes Leaps in the Development of the Multi-Chain Ecosystem