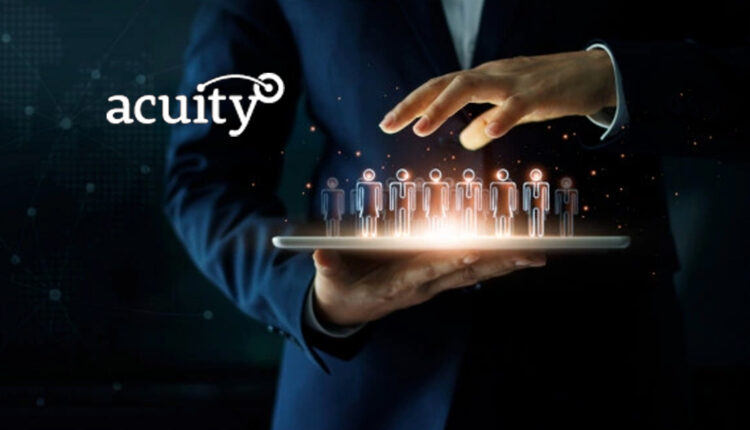 AcuityAds Holdings Inc., today announced the pricing of its previously-announced marketed public offering of common shares in the United States and Canada. The underwriters have agreed to purchase, at a price of US$10.15 per share, an aggregate of 4,926,109 common shares (the “Common Shares”) from the Company for aggregate gross proceeds of US$50,000,006.

The offering is being conducted through a syndicate of underwriters led by Canaccord Genuity and Needham & Company, who are acting as joint lead book-running managers and representatives of the underwriters for the offering. RBC Capital Markets and TD Securities Inc. are also acting as book-running managers for the proposed offering, and with Lake Street Capital Markets, LLC, Roth Canada, ULC, Eight Capital, Desjardins Securities Inc., Echelon Wealth Partners Inc. and Paradigm Capital Inc. as co-managers (collectively, the “Underwriters”).

AcuityAds has also granted the Underwriters an over-allotment option, exercisable for a period of 30 days from the date of the closing of the offering, to purchase up to 738,916 additional common shares, representing in the aggregate 15% of the total number of common shares to be sold pursuant to the offering.

AcuityAds currently expects that the net proceeds of the offering will be used primarily to strengthen the Company’s financial position and allow the Company to pursue its growth strategies.

Prospective investors should read the base shelf prospectus and the preliminary prospectus supplement as well as the registration statement before making an investment decision.

The Company is also pleased to announce the termination of the automatic securities disposition plans (each a “Plan”) of Tal Hayek, Joe Ontman, and Rachel Kapcan (collectively, the “Co-Founders”) which initially became effective on September 19, 2020. Under each of the Plans, an independent broker engaged by each Co-Founder could sell, on behalf of the Co-Founder, up to 15,000 common shares of AcuityAds on the open market per month over a period of twelve months at prevailing market prices (subject to certain minimum price thresholds). The Co-Founders have advised the Company that, following the announcement of the offering, they are not aware of, or in possession of, any material non-public information regarding the Company or its subsidiaries, or any securities of the Company, as at the date hereof.

No securities regulatory authority has either approved or disapproved the contents of this press release. This press release shall not constitute an offer to sell or the solicitation of an offer to buy nor shall there by any sale of the common shares in any province, state or jurisdiction in which such offer, solicitation, or sale would be unlawful prior to the registration or qualification under the securities laws of any such province, state or jurisdiction.

Ledger Completes A $380 Million Series C Fundraising Valuing The Company At More Than $1.5 Billion, To Strengthen Its Position As The Leading Secure Gateway To Digital Assets

AudioValley: Laurence Henuzet Is the New Operations Director at Targetspot

Callsign Is Invited To Join The World Economic Forum’s…

Esri User Conference to Showcase How Organizations Use GIS…

ADCOLOR Announces 2021-2022 ADCOLOR Advisory Board and Board…

BIMI Rolling Out to All Gmail Inboxes in July 2021