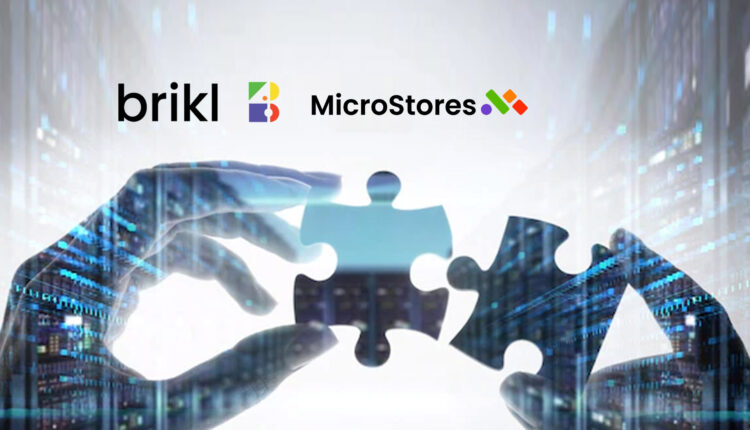 Brikl aims to grow awareness around the term ‘MicroStores’ as it continues to scale.

Brikl, the world’s leading MicroStore e-commerce technology partner for custom and promotional businesses and suppliers, has acquired MicroStores.com following its extensive rebranding effort. This domain acquisition will build awareness of the importance and benefits of Brikl’s MicroStore technology to an industry plagued by time sinks, legacy technology, and manual processes.

Marketing Technology News: Brikl’s Office Expansion and Incorporation Amplifies Hypergrowth in the US

Brikl has solidified its market-leading presence over the last six months with 300% growth year on year. Its newest office in Cincinnati, Ohio—a highly celebrated metro area in the USA for business expansion—and its recent incorporation were also symbolic of its strategic ambitions for a North American market takeover.

This growth reflects the increasing demand from custom and promotional businesses to automate highly time-consuming operations. Brikl’s MicroStore platform has gained increasing attention due to its leading-edge e-commerce features engineered to grow sales and future-proof operations.

“As the company continues to scale, we want MicroStores to be known as the driving force behind the success of custom and promotional businesses. Our technology is already disrupting the industry, but now we’re seeking to convey its benefits to people who have never heard of Brikl before,” said Suz Pathmanathan, Brikl’s VP of Marketing.

“We want MicroStores.com to be an educational hub and a standalone brand with its own logo and storytelling. While Brikl will be an integral part of its narrative, the MicroStores term deserves as much attention as the technology is currently getting, and we’re excited to be spurring this awareness forward”.

Brikl, the leading next-generation MicroStore software platform, was founded in 2016 by Maarten Boone, Tobias Meixner, and Jason Reinhardt. Their vision was to streamline the way businesses sell custom products online by allowing them to set up MicroStores in under 15 minutes and expedite the design process through placeholders, bulk embellishment, and 3D visualization.

Insider Tops All Charts As The #1 Leader In G2’s…

Adobe Supercharges Photoshop and Lightroom with…