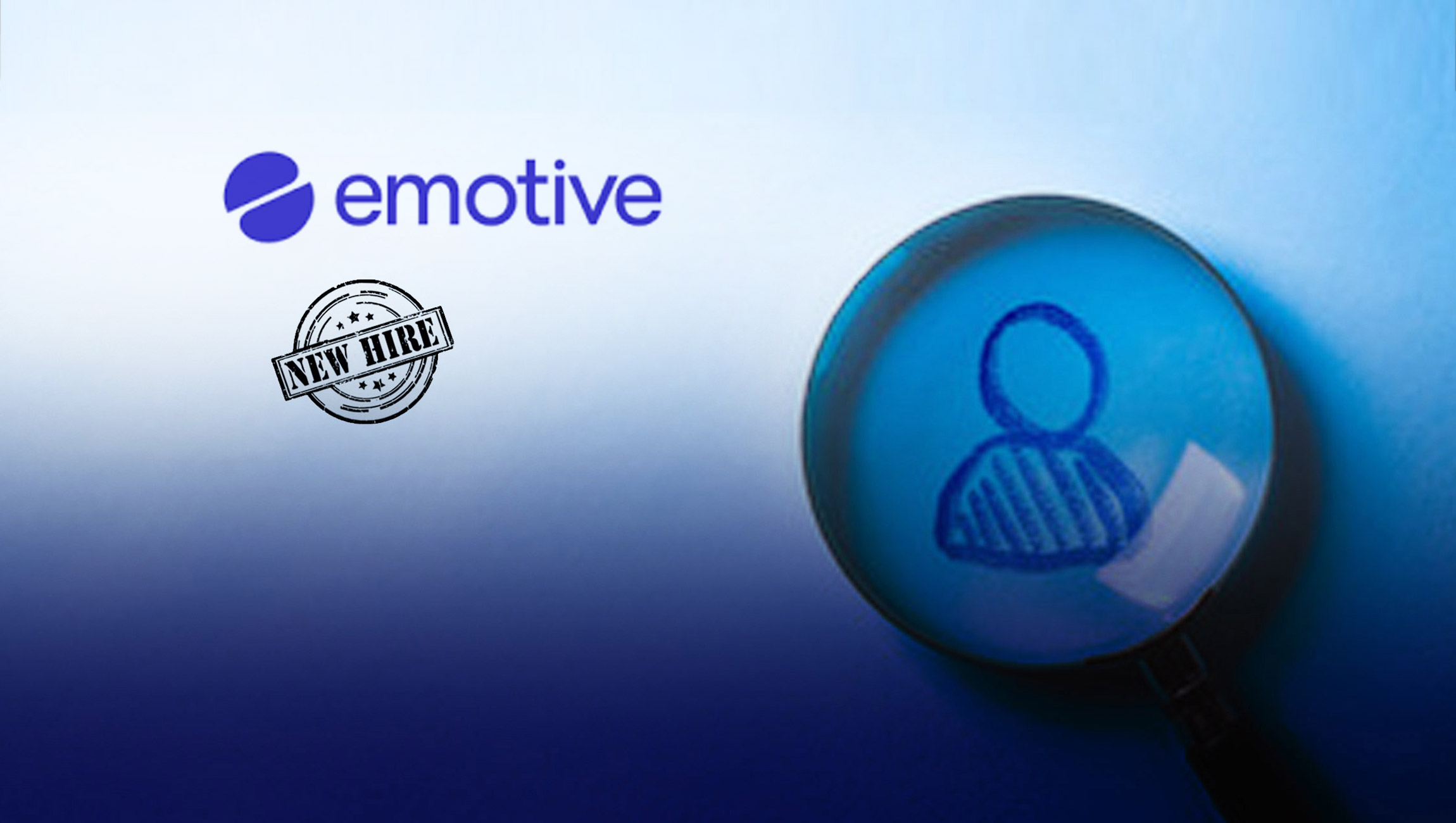 Emotive, the first and only conversational text message platform for eCommerce brands, announced that it has hired Matt Cooley as the company’s new President and COO on the heels of its $50M Series B raise and explosive 466% revenue growth during 2020.

Cooley is a 20-year veteran SaaS executive with a proven track record of scaling early-stage technology businesses. He was also the first major investor in Emotive in 2019 and has served since then as the company’s primary go-to-market advisor.

Prior to joining Emotive, Matt Cooley served as President and COO of Skael, where he recently moved to the board and will remain a strategic partner to the company. Prior to that, Cooley served as the Chief Revenue Officer at Quip, which was acquired by Salesforce for $750M in 2016. Cooley was a member of the initial executive team at New Relic, where he built and managed the global sales team, driving the company from $0 to $100M in revenue within five years which in turn led to a multi-billion dollar initial public offering in 2014. Cooley has also led global go-to-market organizations at Citrix Systems and at Mixpanel.

“As an early investor in Emotive, I saw the potential for the company to disrupt the entire ecommerce industry – and placed an early bet on its success,” said Cooley. “SMS has more engagement and open rates than any other ecommerce channel. The company has experienced explosive growth in the past 24 months, and I believe that with the continued rise of ecommerce, there’s an even more significant opportunity ahead.”

“We led Emotive’s Series B funding round of $50 million in February of this year – and since then the company has gained massive traction in the eCommerce industry. With Matt Cooley at the helm – and his extensive experience scaling SaaS companies – Emotive is well positioned to change the game for how eCommerce brands provide meaningful engagement with their customers,” said Murat Bicer, General Partner at CRV.

Emotive is achieving massive growth momentum milestones by expanding its headcount from 41 to 192 people in 1 year (368% growth YOY), 466% revenue growth during 2020, and is on track to go from $0M–$100M ARR in less than five years. In February 2021, the company announced that it had closed a Series B round of $50 million, putting the company’s valuation at $400 million. Other recent additions to Emotive’s executive team over the last year include Oleg Pylnev as Chief Technology Officer, Adam Waid as Chief Customer Officer, Greg Brauner as SVP of Marketing, Joe Cuccinelli as VP of Product and Ben Peterson as VP of Finance.

“Just over two years ago, Matt wrote the first sizable check in Emotive when we were less than 10 people with a few handful of customers,” said Brian Zatulove, CEO and Co-Founder of Emotive. “We couldn’t be more excited to see Matt double down on the company during this explosive period of growth.”