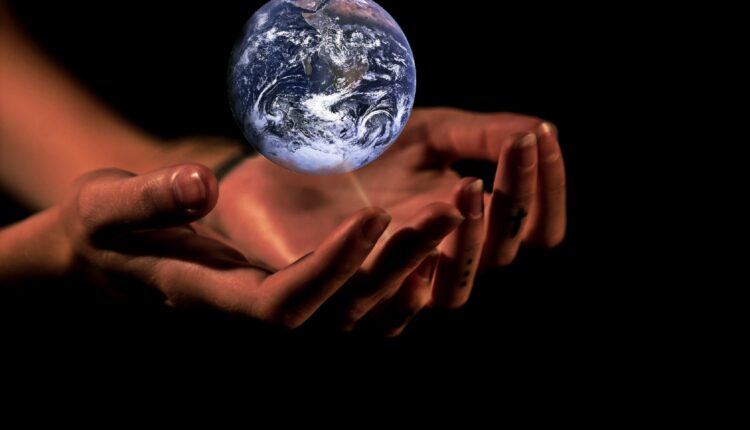 It is possible to get pessimistic about the state of the planet after reading current climate and weather headlines, but it would be unwise to disregard global scientists’ increasingly frantic cautions that there is still grounds for optimism. Some of the most intelligent people among us are working hard to develop technological tools that can prevent or alert us in advance about climate disasters.

Brands all over the world are aware of the impact of climate change and are embracing global environmental stewardship in addition to addressing sustainability changes/challenges and weather-related problems to maintain corporate growth.

President Brad Smith, Chief Financial Officer Amy Hood and CEO Satya Nadella from Microsoft stated a few facts on the same recently. According to them, the First Industrial Revolution began in the mid-1700s, and since then, human activity has produced more than 2 trillion metric tons of greenhouse gases into the Earth’s atmosphere.

Most of this carbon dioxide, which makes up more than three-quarters of it, has been released since the middle of the 1950s. This amount of carbon exceeds what nature can naturally re-absorb, and each year, humans release an additional 50 billion metric tons of greenhouse gases into the atmosphere. It can take a very long time for more carbon to disperse after it has entered the atmosphere, adding to climate woes.

This is why, businesses are acting creatively to implement ecologically beneficial solutions and dreaming big to resolve the problem.

Here are some of the top tech brands that are helping to fight climate change:

The climate pledge, which aims for net-zero carbon emissions by 2040, was co-founded in 2019 by Amazon and Global Optimism. The Climate Pledge is supported by 376 businesses in 34 nations worldwide. The signatories agree to measure routinely and report greenhouse gas emissions. In order to reduce carbon emissions, they execute plans to do so, measure and report greenhouse gas emissions on a regular basis, and employ reliable carbon offsets to offset any leftover emissions.

Amazon, Best Buy, IBM, Microsoft, Mercedes-Benz, Philips, Schneider Electric, S4Capital, Unilever, and Verizon are just a few of the companies that have signed the commitment, which includes signatories from more than 20 different industries.

By 2035, AT&T intends for all of its international operations to be carbon neutral. In order to determine the potential impacts of climate change on the network and operations up to 30 years in the future, the business is also extending its Climate Change Analysis Tool (CCAT) across the contiguous United States.

The company has taken the following initiatives to achieve the goals:

Even though AT&T strives to produce as little pollution as possible, some forms of pollution might not be able to be stopped. In these circumstances, the business will spend money on carbon offsets to pay for the related emissions.

To achieve this goal, Facebook is doing a number of things like examining products with fewer carbon consequences, making products that are repairable and recyclable, making sure that the hardware they are using is highly durable, products are handled responsibly at the end of their life cycles and working with important suppliers to assist them in setting and achieving their own emission targets

Dell Is also taking a bold step towards climate change. By 2030, Dell has set what the company refers to as a moon shot objective for sustainability. The three components of the goal are as follows:

To be more precise, every product a customer purchases will be replaced by a reused or recycled item by the year 2030. Their packaging will be made up entirely of recyclable or biodegradable materials. These products will contain more than 50% recycled or renewable materials.

By 2050, the company wants to have net zero emissions of greenhouse gases (GHG) in Scopes 1, 2, and 3. Through 2030, they will promote sustainability advancements at their places of employment around the world and cut scope 1 and scope 2 GHG emissions by 50%. By 2030, all Dell Technologies facilities will source 75% of their electricity from renewable sources, and by 2040, they plan to source all of their electricity from renewable sources. They will continue to demonstrate their commitment to providing healthy workplaces where people can thrive.

They will provide supply chain employees with future-ready skill development every year through 2030. They will continue to interact with the people who manufacture their products while working with their direct material suppliers to cut GHG emissions by 60% per unit revenue by 2030.

Bosch is going higher: and wants to cut emissions across its whole value chain by 15% by 2030. Having already achieved its 2020 objective of having its 400 facilities worldwide become carbon neutral, Bosch is raising the bar.

Bosch will consider the following in order to address these upstream and downstream emissions:

Sundar Pichai, the CEO of Alphabet, revealed in 2020 that Google has removed its carbon footprint by buying carbon offsets. Google plans to be carbon-free.

Google’s next environmental objective is to run the company entirely on carbon-free energy, starting with its campuses and data centers. Google is pursuing a number of initiatives outside of its own business to help it realize its vision of a world without carbon emissions.

Sundar Pichai said, “Sustainability has been a core value for us since Larry and Sergey founded Google two decades ago. We were the first major company to become carbon neutral in 2007. We were the first major company to match our energy use with 100 percent renewable energy in 2017. We operate the cleanest global cloud in the industry, and we’re the world’s largest corporate purchaser of renewable energy.”

Outside of its own operations, Google is pursuing a number of projects to realize its vision of a world without carbon emissions: 5 GW of new carbon-free energy can be made possible through investment by 2030.

Hence it is supporting the reduction of 1 gigaton of carbon emissions yearly by more than 500 cities by 2030, assisting partners and businesses in cutting their carbon emissions and removing carbon from the atmosphere and by 2022, assisting 1 billion individuals in making more eco-friendly decisions.

Along with joining the Business Ambition Pledge for 1.50C, a project of Science Based Targets, GM has declared aspirations to become carbon neutral in its operations and products by 2040. For it to succeed, GM is going to do the following:

In addition to GM’s carbon reduction objectives, the corporation collaborated with the Environmental Defense Fund to create a common vision of an all-electric future and an objective to get rid of tailpipe emissions from new light-duty vehicles by the year 2035.

In order to achieve these grandiose objectives, GM will concentrate on providing zero-emission vehicles at various price points and collaborating with all relevant parties, including EDF, to create the necessary charging infrastructure, promote consumer acceptance, and preserve high-quality jobs.

IBM said that, as part of its decades-long effort to address the global climate catastrophe, it will achieve net zero greenhouse gas emissions by 2030. The corporation will achieve this target by emphasizing genuine emission reductions, energy efficiency initiatives, and a growth in the usage of clean energy throughout the more than 175 countries in which it works.

IBM plans to do the following:

Microsoft aims to be carbon negative by 2030. Microsoft wants to achieve carbon neutrality, and by 2050, it wants to completely eliminate all of the carbon it has released into the atmosphere since its founding. This is a step up from its previous environmental targets.

Seven principles serve as the foundation for Microsoft’s strategy:

They are aware that making progress necessitates both a bold goal and a dedicated strategy. According to the explanation, they are starting a bold drive right now to cut their carbon emissions by more than half by 2030, both for company direct emissions and for the entire supply and value chain.

Conclusion: So, many companies are coming forward and addressing climate change as a real issue and taking steps to minimize the impact of their decisions on the environment. With these audacious pledges, the IT sector is opening the door for other businesses, from major international players to small local manufacturers, to make significant efforts to lower their carbon footprint and improve their business processes.