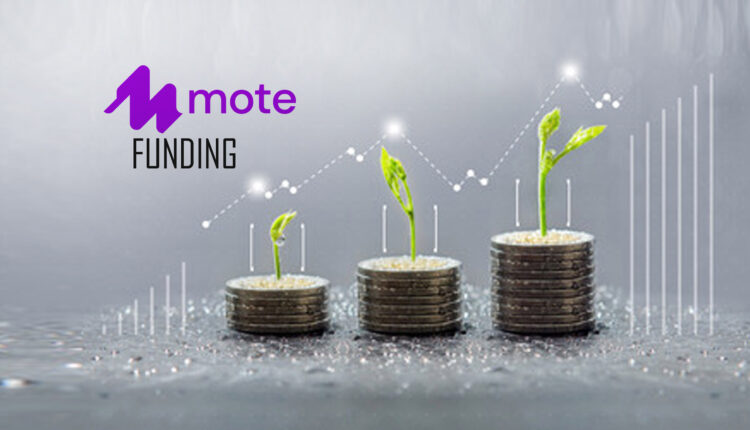 On its one-year anniversary, voice messaging startup Mote announced it has raised $2 million in seed funding. The company also revealed that its Google Chrome extension has surpassed 1 million weekly users. Led by Craft Ventures, with early investors Sequoia Capital and the Oxford Angel Fund, the funding will help the revenue-generating startup scale operations and expand its technology platform with additional features and functionality.

“We have had an incredible first year at Mote,” stated Mote Co-founder and CEO Will Jackson. “Mote’s users have found voice messaging is a faster and friendlier alternative to typing: remote workers, collaborators and educators around the world report that talking instead of typing leads to significant time savings and better communication. We’re very happy with this early validation across the Google ecosystem and we’re working hard to broaden platform support in response to user demand.”

Mote is also celebrating the official launch of its integration with Gmail, which lets users create and attach voice messages within Gmail using the Mote Chrome extension. This new integration is important as it heralds Mote’s expansion beyond in-document voice messaging, and expands its potential reach to 1.8 billion Gmail users. Enterprise, nonprofit and government sector organizations from all industries can rely on Mote to speed up and humanize their feedback and messaging.

“Mote’s ability to scale both its users and its revenue so quickly, while continuing to innovate, is extremely impressive,” said Arra Malekzadeh, investor at Craft Ventures. “The pace of user adoption and the excitement of those early users are indicators that Mote is onto something very special. We’re excited to lead their seed funding and partner with them on the inevitable growth ahead.”

Although Mote’s application can be used in any sector or industry, educators have shown a particular fondness for the solution. More than 10,000  schools in 170  countries and across all 50 U.S. states have implemented Mote’s technology. Software developers, graphic designers, writers, sales teams, customer experience teams, HR managers and more are also finding innovative use cases for Mote. Any organization that values fast, friendly voice messaging for notes, feedback and collaboration can use Mote.

Co-founders Will Jackson and Alex Nunes hatched the idea for Mote while working as senior leaders at music video company Vevo. With Will in San Francisco and Alex in London, and 5,300 miles between them, they saw the need for better tools to help remote teams communicate efficiently and with empathy. They were convinced that voice messaging was the solution.

“Sometimes expressing our ideas clearly in an email is really hard”, added Jackson, “voice messaging is a beautifully simple way to convey what we really mean and make a human connection. We’re really excited to see how our amazing educator community embraces voice messaging in email, and we also hope it will help introduce Mote to new communities.”

Deloitte Digital and Salesforce Collaborate to Help Create a…