Meet the App That Just Made Augmented Reality Accessible to Everyone 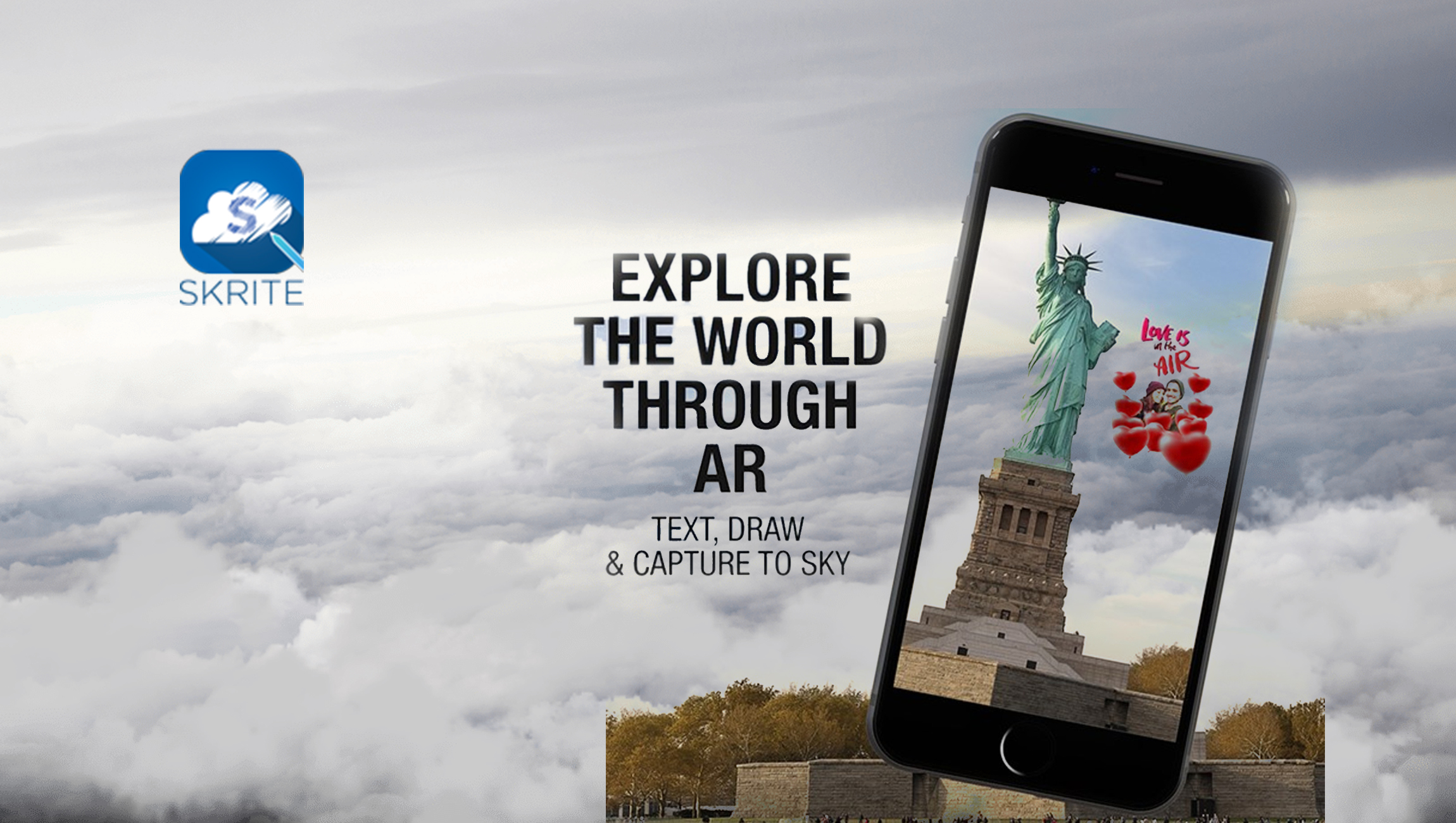 Social media is being taken to the skies – quite literally – with an augmented reality app called Skrite. Skrite asserts that it is now possible to unleash the imagination on the celestial canvas through the phone’s lens by leaving virtual messages, pictures, selfies and doodles in the sky for friends and fellow Skyers to see in real-time. The app is the first of its kind in bringing user-generated augmented reality to a mobile device.

Skrite’s application focuses on the future of social and how folks engage with each other – from creating romantic proposals, new gestures of wishing loved ones or simply finding unique ways of expression. Users tilt their phone upwards to explore the sky and read the content or ‘Skrites’ that others have left in the sky. Privacy is still priority, for the content can also be hidden in the sky or sent as a private message.

It often seemed like the realm of augmented reality was dominated by tech wizards and therefore complex to understand, but Rishab Jain, CEO and Founder of Skrite claims to have simplified this mystery. “Our goal is to make augmented reality accessible to people,” he explains. “Casual users shouldn’t feel augmented reality is off-limits because it seems complicated or unattainable. With the right interface, it is simple to use and is a fantastic way to explore the space around you.”

Commoditization of the sky is inevitable and the first person to upload a Skrite in an area gets to virtually mark one’s territory and even treat the sky as real estate. It’ll be curious to see how brands connect with consumers in the very near future. Skrite’s applications range from creating quirky Skrites over a user’s home to advertising above a business, or any location that brings value to larger companies. The future of mobile advertising is only braced to get smarter, more versatile and more unique.

“Skrite lets you travel without leaving your home through AR ‘teleportation,'” adds Dr. Arshia Siddique, COO and co-founder of Skrite. “It transports you into a realm you did not know existed, filled with curious creations emerging right from your phone camera. Visualize an augmented city or a tangible environment around you that becomes a portal to the digital. Basically, imagine the ability to browse life, like you browse the web.”

ScribbleLive Announces Two New Members to its Board of Directors

Yext Announces Appointment of Tamar Yehoshua to its Board of Directors

IBM and Salesforce Join Forces to Help Organizations and…