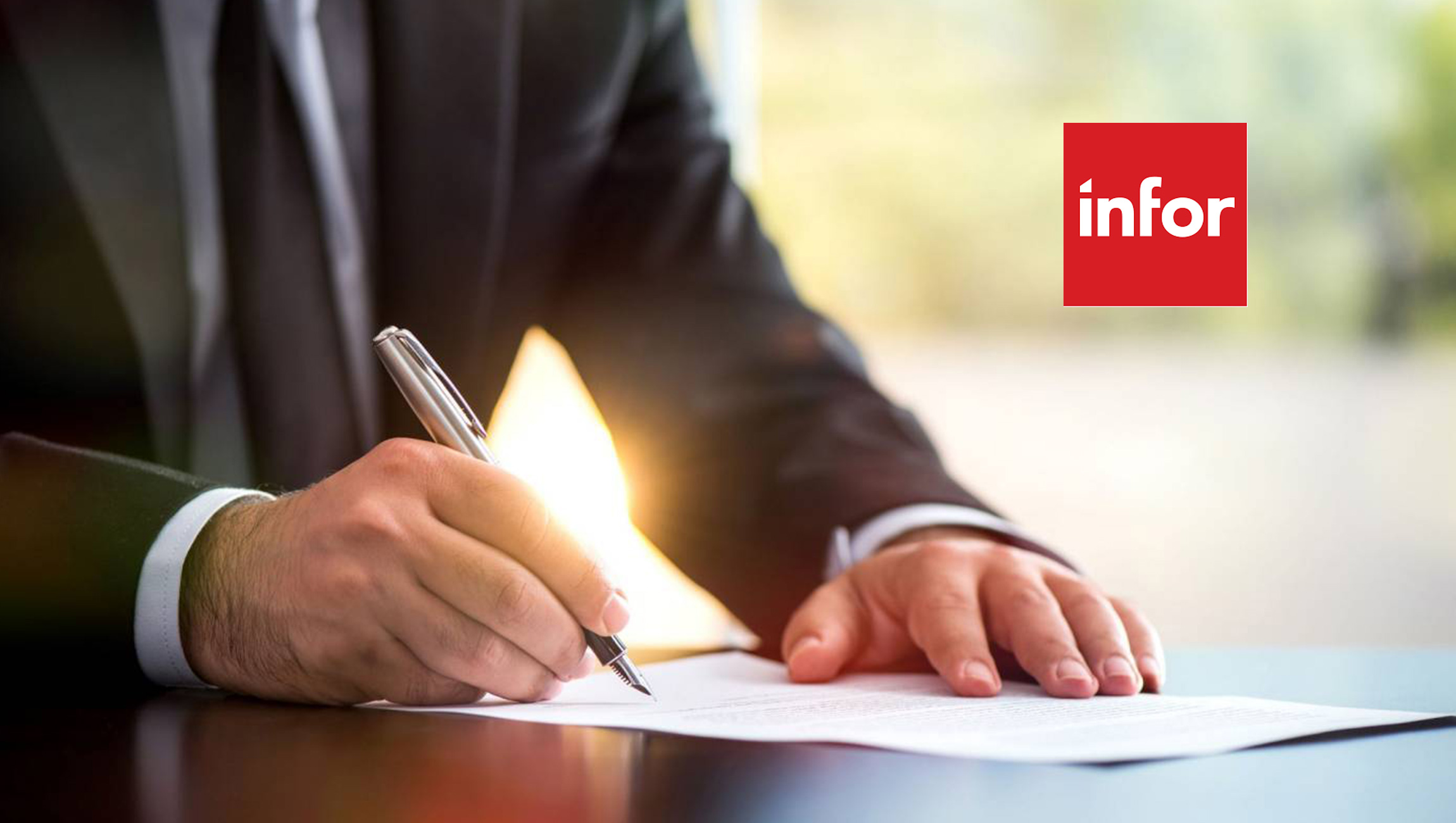 Elevates Kevin Samuelson to CEO; Charles Phillips becomes Chairman of Board of Directors

Infor, a leading provider of business applications specialized by industry and built for the cloud, announced a planned leadership transition through which Kevin Samuelson, who has served as Infor’s CFO, has been named Chief Executive Officer.  Charles Phillips, who has served as CEO since 2010, has been named Chairman of Infor’s Board of Directors. Samuelson will also join Infor’s Board of Directors.

Samuelson is one of the longest tenured executives at Infor, having spent 14 years between M&A and CFO roles. Samuelson was instrumental in driving strategic acquisitions for Infor, helping grow the company from $35 million in annual revenue, to $3 billion, as well as securing enduring investment partners. Samuelson has also been actively involved in a broad array of Infor’s operational and sales activities and has played a key role in several of the company’s recent large customer wins.

“I feel very fortunate to work with such a great team at Infor,” said Samuelson. “Charles’s guidance and leadership helped shape this company into a market leading provider of multitenant, cloud-based ERP applications. Our vision is to build on Infor’s impressive trajectory, continually evolve our range of SaaS products that allow for quick and material ROI and value add for our customers and provide first-class service at every step of the journey.”

Phillips’s tenure as CEO has seen unprecedented growth and expansion of Infor with more than $2.5 billion invested in product design and development in the past five years. Phillips, in addition to Samuelson and Soma Somasundaram (President and CTO), have played critical roles in overseeing and perfecting Infor’s current product suite and shifting the company to the cloud. In his new role as Chairman of the Board, Phillips will focus on strategy development, customer relationships, and new acquisitions.

Phillips said, “I’m extremely proud of the team’s accomplishments during my tenure. It is the right time to evolve our executive leadership as we continue to drive innovation in the industry. Kevin is a talented leader and I look forward to working with him and our experienced team as Chairman.  I am confident Kevin and his leadership team will take Infor to the next level of growth, successfully implement our business strategy, and take advantage of the market opportunities ahead.  Infor has great people and is poised for growth in its unique mission as the first industry cloud company.”

In connection with today’s announcement, Infor has made several additional senior leadership appointments that support the evolution of the company’s operating model to enhance sales, service and customer functions by geography, as well as support its long-term growth strategy:

“Infor’s success, in terms of the value the company provides to its customers and the level of interest and investment it’s drawn over the past decade, are a direct result of the hard work of all Infor employees, and the vision its leadership team has put in place,” said Jim Hannan, executive VP and CEO, enterprises for Koch Industries. “On behalf of the entire Board of Directors, I want to congratulate these individuals as they prepare us for Infor’s exciting next phase.”

“We have witnessed first-hand the transformative leadership and relentless dedication that Charles has brought to migrating the company to the cloud during his tenure. We are grateful for Charles’s leadership over the past nine years and pleased the organization will continue to benefit from his vision and expertise in his new role as Chairman. Looking ahead, we are confident that Kevin, a deeply experienced executive with a customer-first mindset, is the right person to lead Infor as the company continues to deliver transformative innovation to customers around the world,” said David Dominik, managing director of Golden Gate Capital, which made its first investment in Infor in 2002.

Quickplay Announces 2022 Results, Including 320% Increase in Recurring Revenue from…

Simpleview Partners With SKYNAV to Give DMOs Conversion…