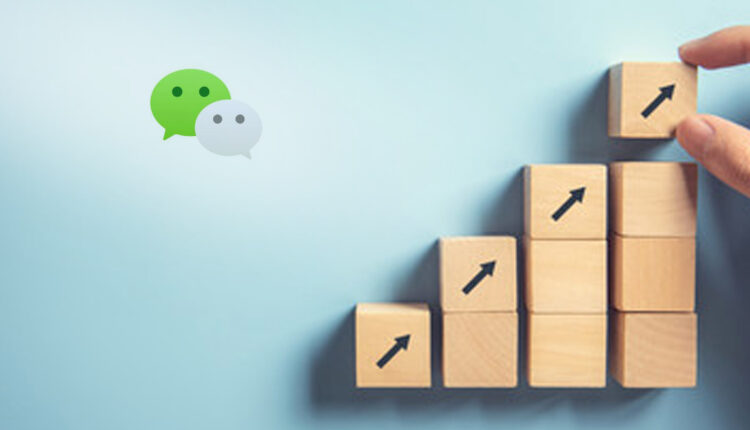 The number of daily active users of Weixin Mini Programs, which give users instant access to enterprise services while creating tremendous value to merchants and service providers, exceeded 450 million as of end 2021 in the run-up to its 5th anniversary on January 9. Meanwhile, the app’s built-in search function Weixin Search swelled to more than 700 million monthly active users in the same period.

As Weixin builds a thriving ecosystem with sophisticated business models, the platform also plays an ever-growing role in fulfilling its corporate social responsibility. 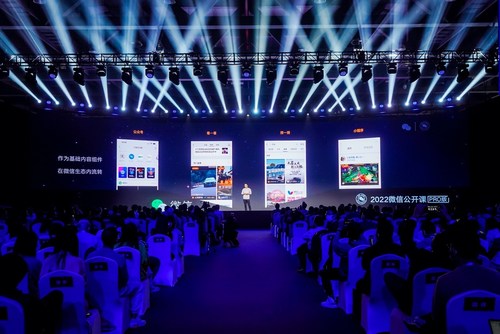 The conference, Weixin’s annual flagship event for business partners and developers, highlighted the rise of Channels, which led to the full integration of different segments in the Weixin ecosystem. The progress relies on the spectacular expansion of quality content as well as diverse incentives offered to content creators. One example is the first online concert by the Irish pop band Westlife that was watched by more than 27 million viewers.

The average daily active users of Weixin Mini Programs topped 450 million in 2021 and people used Mini Programs 32% more often each day. Mini Programs have been the go-to feature for many small and medium-sized enterprises (SMEs) to digitalize especially during the pandemic when most consumer touchpoints were restricted. Last year the number of active mini programs soared 41% compared to 2020. Transactions generated in the catering, tourism and retail industries, sectors hit hard by the pandemic, managed to jump by more than 100% year-on-year.

Meanwhile, Weixin Pay played a vital role in empowering the business community to navigate the pandemic. A total of RMB 22.9 billion (US$3.59 billion) worth of vouchers were sent to consumers via Weixin Pay over the years to stimulate consumer spending totaling RMB 520 billion.

Data also showed over 100 million users have been using the Use-now, Pay-later service with Weixin Pay Score, the consumer credit profiling function of the mobile payment service, which is available in more than 3,000 application scenarios in our daily lives including e-commerce, transportation, express delivery and electronic car charging.

One of the fastest-growing features was WeCom, Weixin’s dedicated product for business communication and office collaboration. WeCom has enabled more than one million company staffs to offer 140 million times of services to Weixin users in one hour.

Weixin has provided the new option of the Easy Mode for elderly people and upgraded the Parental Control Mode for underaged users too, further improving connections through age-specific revamps.

Weixin initiated a program for more than 60,000 Shenzhen sanitation workers to allow them enjoy a weekly meal for only 0.01 yuan at nearly 1,000 restaurants in the city. More than 20,000 restaurants and their customers in China joined the philanthropic initiative to help raise funds.

In another case, company launched the Star Knows campaign and used the Mini Program to bring together the love and support from the public to provide a wider choice of books for rural children.

Weixin also used the Mini Program to help Chinese users go greener. To increase public awareness of climate change, company introduced an educational mini program dedicated to the science of carbon emissions, the first of its kind in the country.

The 2022 Open Class PRO conference also went all out to pursue net zero emissions with the clothes worn by speakers and guests all made using recycled plastic bottles. A balance between emissions produced and taken out of the atmosphere was achieved at this event, according to professional calculators.

Weixin said it will continue to improve its products and support developers, content creators and partners so they thrive in the dynamic ecosystem and work together to provide more people-orientated innovative services.

Holiday Break: Spam Calls Decrease 11% In December, According to Robokiller

Smart Communications Identified as a Leader in The Aragon…