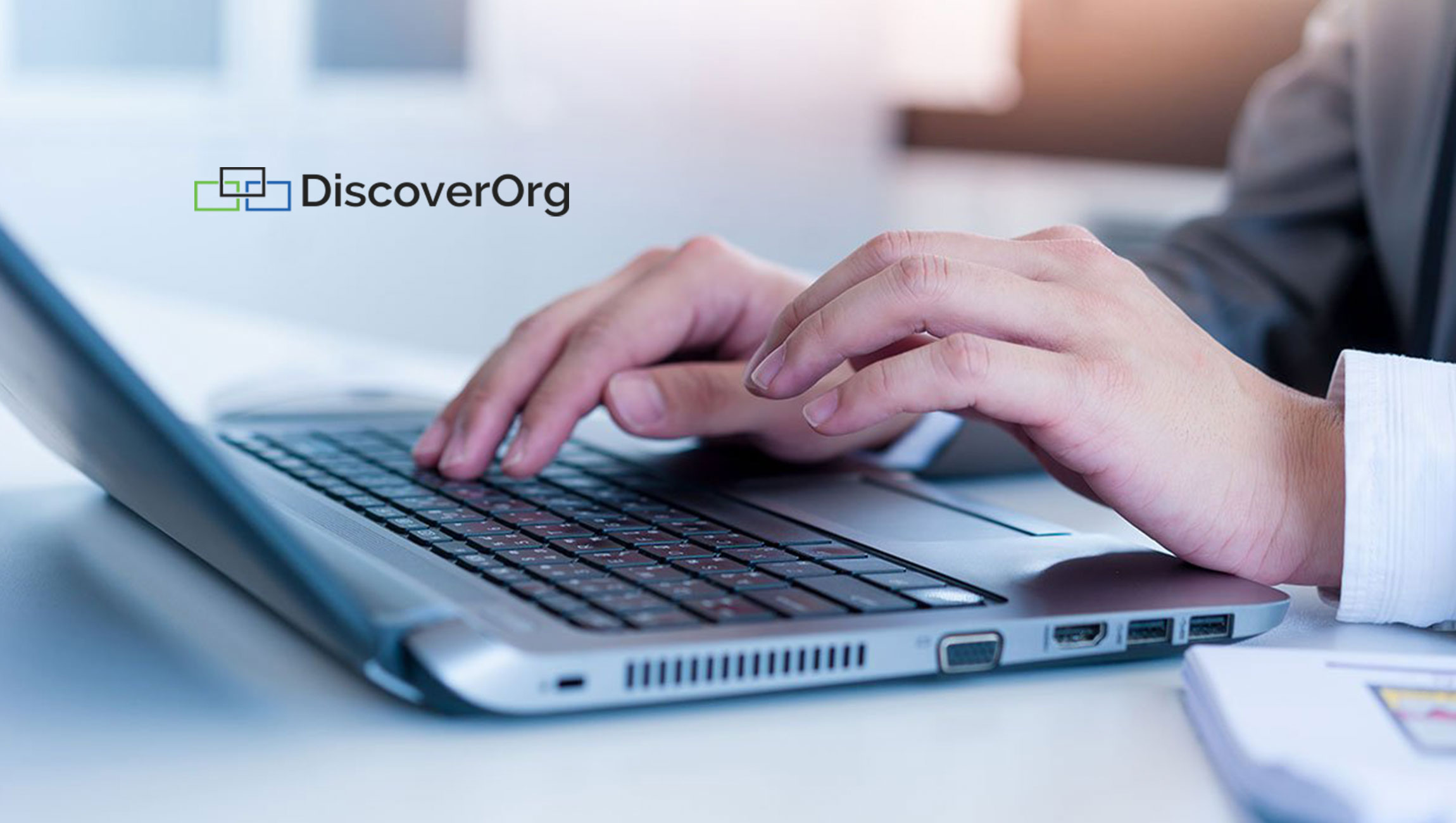 DiscoverOrg, the leading sales and marketing intelligence solution, announced that its co-founder and CEO, Henry Schuck, has been recognized as one of Goldman Sachs’ 100 Most Intriguing Entrepreneurs of 2018. Goldman Sachs selected Schuck from among emerging and seasoned entrepreneurs across a diverse set of industries, and honored recipients at its annual Builders + Innovators Summit, held October 17-19, 2018.

Since founding DiscoverOrg in 2007 at the age of 23, Schuck has built the company into the industry-leading B2B sales and marketing data platform, earning Inc. 5000 honors for 8 years running and 4 consecutive years on the Deloitte Fast 500 list. Almost 5,000 organizations of all sizes rely on DiscoverOrg’s accurate and deep intelligence to power their revenue growth.

“It’s an incredible honor to be named one of Goldman Sachs’ Top 100 Most Intriguing Entrepreneurs of 2018,” said Schuck. “I consider this award a reflection on our entire team’s unwavering dedication to building the bar-none, best B2B intelligence platform in the world.  I’m especially proud of the way we’ve scaled to over $100m in revenue over the last year by entering new markets, exponentially expanding our data, and working with the best customers in the world.”

“A dynamic economy depends on dynamic entrepreneurs who disrupt industries and occasionally give birth to entirely new sectors,” said David M. Solomon, Chief Executive Officer of Goldman Sachs. “The purpose of Builders + Innovators is to support emerging leaders in their quests to innovate faster in order to grow their ideas. We are pleased to recognize Henry Schuck as one of the most intriguing entrepreneurs of 2018.”

For nearly 150 years, Goldman Sachs has been advising and financing entrepreneurs as they launch and grow their businesses. In addition to honoring 100 entrepreneurs, the summit consists of general sessions and clinics led by seasoned entrepreneurs, academic and business leaders, as well as resident scholars.

UpCity Survey Results: 51% Of Businesses Have Changed Their Branding Strategy Since…

Red Access Emerges from Stealth With $6M Round to Secure…

Webhelp Named a Star Performer by Everest Group for Trust…

MGID Launches Creative Safety Rankings in US to Improve Ad…