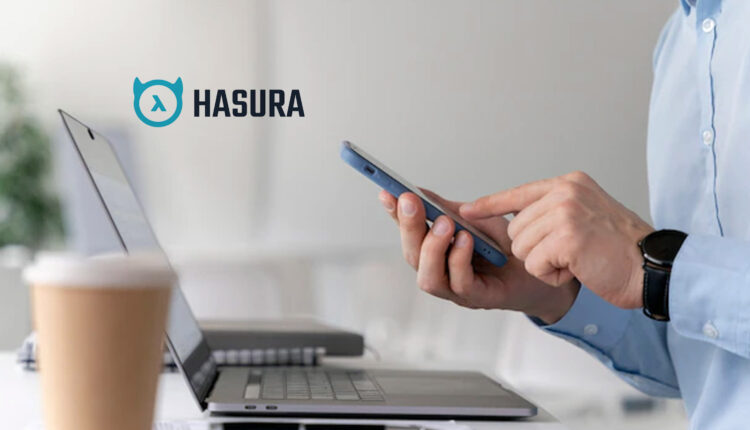 GraphQL innovation leader Hasura today announced GraphQL Joins, a new set of capabilities that let developers instantly join data from across different GraphQL services to create a unified GraphQL API. Hasura does this using open source GraphQL standards, eliminating the need for custom code or upstream service changes. Expanding on Hasura’s existing data federation capabilities, developers now have the ability to easily fetch data from across databases and other GraphQL services. Implementing the configuration at the Hasura layer in combination with Hasura’s existing out-of-the-box caching and authorization capabilities gives developers the ability to mix and match their data sources freely, significantly reducing development time, security risks and ongoing maintenance costs. Hasura has been downloaded ~500M times and with over 26,000 GitHub stars since its introduction in 2018.

“We were able to seamlessly leverage Hasura for new and existing queries without having to rewrite significant amounts of functionality, ensuring that we were always returning and using the same object types across our platform.”

“While the use of GraphQL APIs can greatly simplify software development and accelerate delivery, connecting GraphQL sources and services to one another has remained a highly manual and complex component of their use,” said Paul Nashawaty, senior analyst, Enterprise Strategy Group. “Platforms that eliminate the need for custom code and enable GraphQL sources to be interconnected using low-code approaches based on GraphQL standards significantly lower the bar to entry for developers and accelerate realization of the benefits of GraphQL.”

“The ability to join our existing GraphQL Schema to Postgres allowed us to accelerate development while still leveraging our existing GraphQL APIs,” said Adam Nazar, CTO, RxVantage. “We were able to seamlessly leverage Hasura for new and existing queries without having to rewrite significant amounts of functionality, ensuring that we were always returning and using the same object types across our platform.”

Hasura data federation avoids vendor lock-in and opens users to a large ecosystem of partners by avoiding modification of upstream services. Based on open standards, and now with the ability to federate across several data sources, Hasura is fueling industry adoption and optimization of open standards.

“As the adoption of GraphQL within teams increases, and as vendors accelerate providing their APIs via GraphQL, we are extremely excited about announcing our GraphQL joins capability that makes federating across homegrown or third party GraphQL services instant,” said Tanmai Gopal, CEO of Hasura. “As with all features we build at Hasura, it takes only minutes to set up multiple upstream GraphQL sources and join related pieces of data across them. Crucially, in a way that doesn’t require any changes to the upstream GraphQL services. We expect this to benefit Hasura users today, organizations adopting GraphQL across different teams, and teams with great REST APIs looking to provide a GraphQL API instantly to their customers that addresses N+1 and sub-querying challenges out of the box.”