AdHive: AdTech and ICOs Can Mix

The advertising market is a completely unique mix of technologies, human factors and innovations, all merging for a single purpose of creating enough quality content to sell of a certain service or product to the correct target audience. Therein lies the challenge as finding that audience is at times a monumental undertaking that even the most advanced systems cannot solve efficiently. 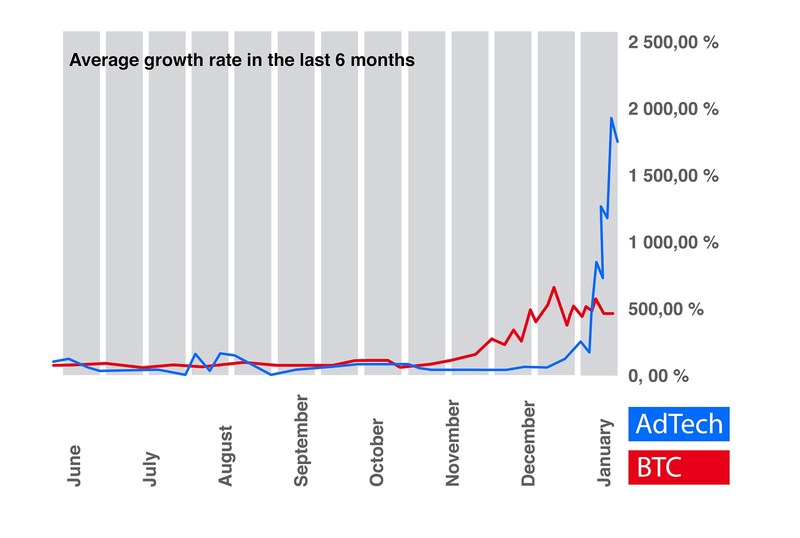 Lost revenues and budget waste have long become a common phenomenon on the AdTech market, leading to a stagnation spurred in turn by obsolete technological solutions and an ossified mentality of marketing specialists, unwilling to adopt new approaches. The trend started changing in early 2016 when the advent of a massive number of ICO (Initial Coin Offering) projects based on blockchain technology swept across the globe, creating, in essence, a completely new industry.

The marketing and AdTech industries have not been left unnoticed by the new technological upheaval as multiple projects have begun offering solutions to various issues plaguing the market. The capabilities of blockchain technology have granted the opportunity of solving some market issues and the industry is showing positive growth.

According to ICOWatchList, the US stands for about 20 percent of all ICOs, the UK is at 11 percent, and Russia trails at 10 percent. The AdTech market has also been largely segmented with the US leading with 39 percent of ICOs in the sector, Russia with 13 percent, and the remaining market participants at less than 5 percent. As can be deduced, there is a noticeable advantage of AdTech projects being developed in the US.

“Many in the ICO industry are fighting an ongoing battle with the competitive profitability factor of Bitcoin and other cryptocurrencies. The average income of AdTech versus the yield of Bitcoin is considerably higher. Such growth was achieved thanks to projects like Snovio, AdEx and Viuly. As is evident, AdTech projects on average grow far faster than Bitcoin, thus producing greater profitability yields,” explained Dmitry Malyanov, Co-Founder of AdHive.

Prior to Q4 of 2017, the AdTech sector was fairly modest. The real boom came in the last quarter of the year. October saw the emergence of the same number of ICOs as in the previous nine months taken together. In general, ICO AdTech projects have proven to be quite successful.

The trend is predicted to continue in the coming year as the market is experiencing growing demand for products based on blockchain technology and the AdTech market is one of the segments leading the way. An impressive 19 projects have already announced their ICOs in Q1 of 2018 (against 16 projects in Q4 of 2017). The offerings of these startups have attracted the attention of multiple parties and their prospects seem to be quite promising as the ideas backing their products are demanded on the market. The average amount of funds raised on ICOs is about $15 million, the median being $5.5 million. This is higher than the average for all ICOs together taken in other sectors of the industry, proving that AdTech is one of the most actively growing sectors.

The most popular ones on the AdTech market are blockchain-based projects, which position themselves as marketplaces for advertising. These are pseudo exchanges, such as AdEx, or others like sponsored content sales platforms. They offer the sale of advertising through banners, contracts or bloggers. Just as popular are browsers that collect data for more effective marketing and have built-in functions for consumer interaction, as well as projects for marketing in virtual reality and video advertising.

iClick Featured in Broadcast on Acceleration of Online Marketing in China

Creative Approaches Yield Results in the Fight Against…

Accenture and SAP Launch Upstream Oil and Gas Solution to…