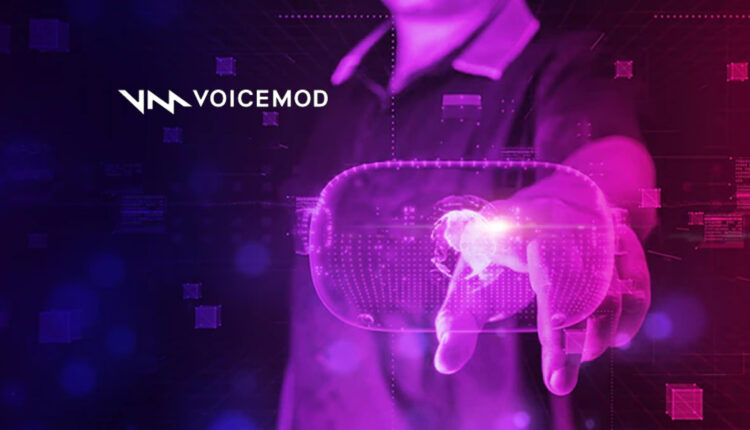 Voicemod, the world leader in augmented voice and interactive audio, is now making its technology from the company’s hugely popular direct-to-consumer apps available to third parties through the Voicemod Developer Kit. The comprehensive Kit is the first and only solution to empower developers, creators, and Original Equipment Manufacturers (OEMs) to integrate Voicemod’s high-performance, real-time voice conversion technology into their games, applications, social apps, and hardware. The ever-increasing suite of effects, including hyper-realistic audio avatars, can easily become a harmonious component of any social audio program.

Voicemod creates social audio tools that make it simple for anyone to create and control their own sonic identity in the metaverse and share the voices they feel best reveal their true selves, in the way they want to be heard. Through a mix of voice filters, voice morphing, hyper-realistic voice skins, soundboard effects, musical effects, user-created speech-to-speech real-time voice modifications, and a variety of other real-time audio customizations — Voicemod helps its users tap hidden sources of creativity to express themselves imaginatively as they play, work, create, and entertain.

The Voicemod Developer Kit is empowering the first major evolution of in-game and in-app voice chat. By making voice chat even more immersive, entertaining, and inclusive, game studios and developers of social and content creator apps, as well as device manufacturers targeting gamers, streamers, and social communication accessories, will be able to drive new levels of user engagement and retention in the metaverse.

Powering the sound of the metaverse

Until now, the Voicemod Developer Kit has been available only in limited release to select partners such as Agora and Bragi to enable existing apps and audio devices with their own voice changing and soundboard capabilities.

The Voicemod Developer Kit makes available a vast library of Voicemod voice skins that can be used live in real time, creating opportunities for dynamic social interactions in social communications-based applications and video games. Programmers and engineers combine Voicemod technology with other solutions as building blocks to curate dynamic, real-time engagement experiences. From audio and video calls, dating apps, and virtual classes, to streaming platforms and online video game integrations, the Voicemod Developer Kit makes it fast and easy to amplify online interactions in the metaverse through personalized audio avatars while protecting pseudonymity if desired.

Veritonic Announces $7.5 Million Series A Funding Round to Power the Next Phase of…