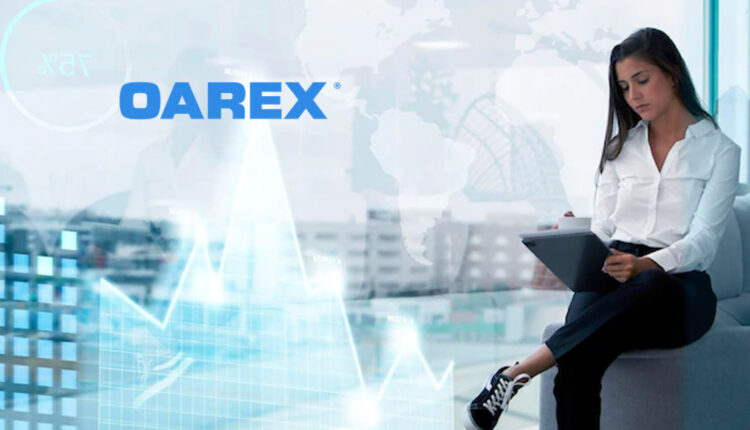 OAREX, the provider of fast and flexible funding for digital media businesses, announced the release of their Half Year 2022 Digital Media and Advertising Payments Report, which reveals data and trends in the digital ad payment space. The data presented in the report was collected from the record of payments OAREX received from companies, which include ad networks and exchanges, Supply Side Platforms (SSPs), Demand Side Platforms (DSPs), media buyers, advertisers, and ad agencies, across the digital media and advertising ecosystem.

For the report, OAREX analysts reviewed two key data points, which include:

● Timing of Payments. How early or late does a debtor pay, relative to their stated net terms under which the invoice should be paid?
● Amount of Payments. How much did the collected amount vary from the amount billed? This data point takes any type of advertiser offsets or disputes into consideration.

Based on the data, OAREX revealed that the early payment shift, which occurred in late 2020 and continued through 2021, is waning and may even be reversing. In fact, late payments increased throughout the last six months, representing 42% of all payments, compared to 37% in the second half of 2021.

Additional findings include the following:
● Payments received that were more than 15 days late increased to 12% in the first half of 2022, which is a 3% increase from the second half of 2021 (which was at 9%).
● Of the more than 600 digital media and advertising debtors included in the analysis, 30% were always late or late more than half the time.
● Only 28% were never late and the remaining 42% were late half the time or less.

While the stats may indicate that companies are beginning to struggle to provide timely payouts, the late payment trend and time to remit payments remain below the 2019 and 2020 percentages.

When discussing the findings from the 2022 half-year data, OAREX EVP, Nick Carrabbia commented that he was not surprised by the numbers.

“When you take a closer look at the year-over-year changes in the data, it shows that late payments are slowly increasing – by about 1% each month.” Carrabbia continued, “But these numbers are still better than they were in 2020 and 2019, which is a more accurate time frame for comparison based on the events that shook the global economy in late 2020 and into 2021. In short, this data is not a cause for alarm but simply a heads up to digital media buyers and to the industry.”

From OAREX’s perspective, the company is experiencing an increase in digital advertisers applying to create accounts. The applications are from companies seeking fast funding to support their growth initiatives as an alternative to loans or borrowing. This upward tick in interest is likely due to the concern of increasing interest rates for borrowed funds and a shift to having the ability to accelerate funds without the pressure of tightening bank requirements or selling equity.

In line with the industry-wide push for transparency, OAREX began releasing quarterly payment data in 2018 and shifted the payments study report from quarterly reviews to semi-annual in 2021. To learn more, download the full version of the OAREX 2022 Half Year Payments Report. The next report will be published in early 2023.

Email Unsafe for Transferring Sensitive Files: How COVID Made it Worse