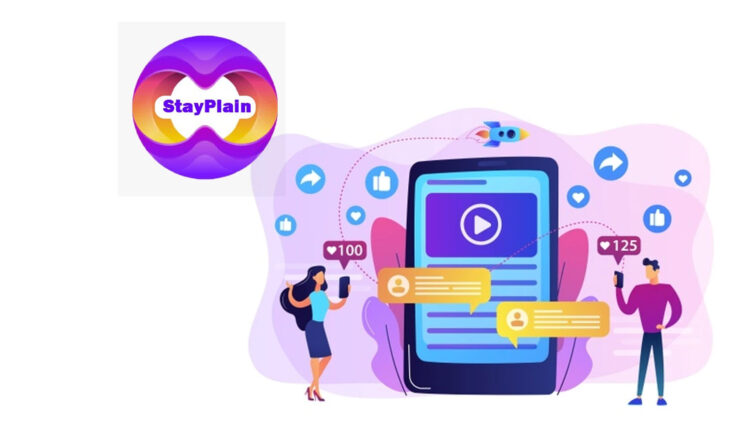 Ultra-Modern Platform for all your Social Needs developed by a Farmer son in West Africa. Let’s support this young guy.

The day has finally come for the New Giant Social media App to come to live. Stayplain was officially released to the public on January 1, 2022 by a youngest Ghanaian guy named I. Acheampong. The app that most people have been waiting for is finally here in Africa. Everyone can now enjoy their favorite social media networks without ever leaving home! Joyful cries and screams of excitement echo through the streets as everyone celebrates this great achievement in technology.

First Social Media App Developed By West African Youth
The First Social Media Network developed by a Ghanaian. Stayplain is the new way to communicate with friends and family. Stayplain is the most advanced and innovative social platform. It’s like Instagram, Facebook and Twitter all rolled into one! We have a new feature that allows you to post your content on any of these platforms at once.

With Stayplain, you can connect with your loved ones in a whole new way! Our app lets you share text messages, pictures, videos, audios, Polls, advertising and more all within one platform.

The interface is sleek and modern, the notifications are customized to your preferences, and you can chat with people from all over the world!

Testimonial by a Users
Person 1: I’ve been using Stayplain Social Media instead because it’s just so much better! You can update your status with text, emojis and even video posts! The best part is that you don’t have to worry about people finding out what you’re doing when they see your post on their feed–because there’s no such thing as a ‘feed’ on this app.

2. I’ll never forget the day I downloaded Stayplain. It was one of my first days of summer after taking a break from social media for two weeks, and to be honest the only thing that really kept me going were emails.

Marketing Technology News: Adobe Names Brett Biggs and Spencer Neumann to its Board of Directors

Over 80 Percent of Companies Rely on Stale Data for…