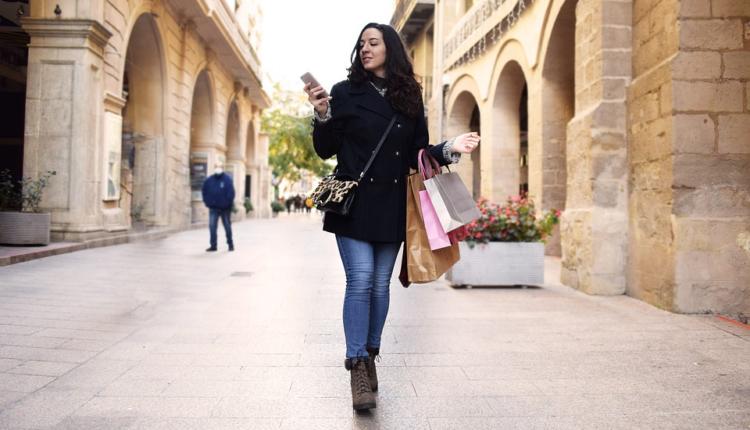 The cliché line, “there’s an app for that” has some basis in fact. A recent tally found there are 1.96 million of them on Apple’s App Store, while Google Play boasts 2.87 million. It’s taken a while but finally, the perfect reward app has been created – a concept that blends very common tech (a smartphone), with an original idea: that everything you buy, from any shop, retailer, restaurant, gas station, online store… etcetera, should award you ‘points’ that are redeemable as rewards. If you’re a member of a loyalty program and an active user of the system of points and rewards, research shows you’re in the minority. Most consumers have largely given up on all the best such programs (take air miles as an example). Why? In a word, they’re “inconvenient.” You might have a member card for your gas station, another for the place you buy your groceries, another for the dry cleaner… it’s cumbersome. Then there are the cards with stamps to collect for a free pizza or sandwich. It’s not that we don’t want cheaper gas or a free pizza, it’s just that we can’t be bothered to stay on top of all the systems, cards, stickers, or stamps. We’re busy people!

Considering that we spend half our lives on our smartphones, it’s not surprising that a winning solution has emerged from smartphone app technology. Reward apps such as Fetch, give you points for every single thing you buy. All that’s required is for you to scan or snap a pic of your receipts. Fetch helps users “get receipt rich” through their shopping rewards app. The app works basically everywhere:  grocery stores Big Box and Club membership stores, gas stations, convenience stores, drugstores, restaurants, liquor stores (*if you’re of age and it’s not illegal in your state), retail, clothes, and fashion outlets, and pet stores… to name just a few. If the place gives you a receipt – or the online store – you can scan it and earn points.

Ok, so far so good – but what kind of “rewards” are on offer? Do they make the minor required to scan receipts worth it? –Absolutely. Instead of giving you a single choice (a free pizza) or a few choices (a thermos or a neck pillow!!), the app lets you put your points towards a huge variety of goods and services. –A free Uber ride, or a gift card… or you can use them for purchases in almost every major place you can think of including but not limited to: Amazon, Chipotle, Target, Walmart, Home Depot, Best Buy, CVS, etc. You can also choose to sign up for reward programs listed in the app, say, a Huggies diaper reward program – which wouldn’t be preferred by most singles., but is a godsend for someone with a new baby. The operative word here is “choice.” You pick how you want to be rewarded, a massive change from the old system. 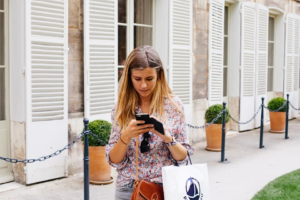 It’s not hard to figure out why the app wants to collect receipts and is willing to reward people for scanning them. Your receipts – more accurately, the receipts of tens of thousands of users – equal big data. Big data is the only way corporations can get ahead of markets. Instead of having to wait a year to get reports on whether or not a product is working, or to learn perhaps that one specific color isn’t liked by consumers, receipts equal patterns that equal information. Here’s a theoretical example: If it’s discovered that 75% of sales are of the new cherry-flavored version of some beverage, that might mean most are rejecting the new cucumber mint variety. Armed with this data, the company could quickly make changes, shifting gears towards producing more cherry, while perhaps phasing out the unwanted flavor. Or perhaps cucumber mint is popular in one state but not in another. The company – with this info – can readjust its warehousing and streamline production lines to be more efficient, which could in the end equal cheaper consumer prices for products.[

As you can probably see, the data gathering motivation isn’t to spy on you, or even to understand your specific consumer habits. Big data is looking for trends and patterns. Only by having enough information can conclusions be drawn, and decisions made. The app is offering a simple swap: give them your shopping data via scanning your receipts, and they will give you meaningful rewards of your choice. It’s a pretty ingenious idea that really doesn’t have a downside. As noted, research proves people are moving away from traditional reward or loyalty programs in droves. Some companies report only 1% of their customers bother redeeming points. But with this all-in-one system that only requires a single app and a single act, companies can consider ditching their own reward programs and instead work together with a reward app to bring more choices to more consumers. Reward apps are just getting out of the gate but we see a bright future ahead for this simple, yet attractive tech solution that focuses on providing what both sides want and need.

Everyware Announced as Winner of the 2021 A-LIST Awards

Bloomreach Announces Q4 2022 Product Launches and a Look at…

Share Creators Raises $5M Series A Round to Accelerate…