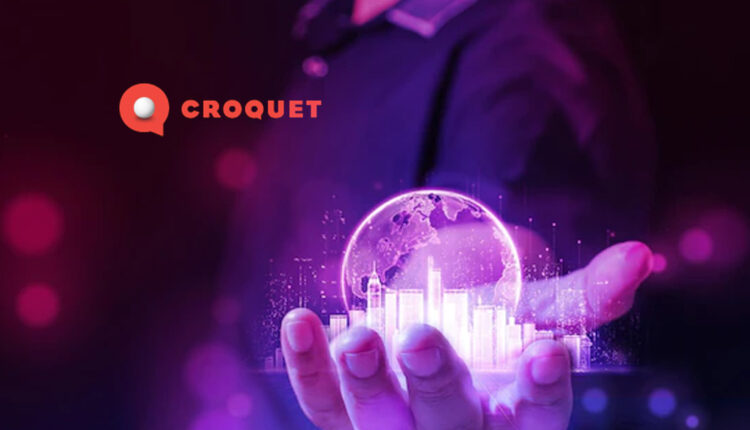 Croquet Corporation announced at the Augmented World Expo (AWE) conference that Tony Parisi has joined its technical advisory group. A metaverse and virtual reality pioneer, serial entrepreneur, investor and musician, Parisi is the co-creator of 3D graphics standards, including VRML, X3D and glTF. He is also the author of O’Reilly Media’s books on Virtual Reality and WebGL: Learning Virtual Reality (2015), Programming 3D Applications in HTML5 and WebGL (2014), and WebGL Up and Running (2012).

“The approach Croquet has taken to achieving open, decentralized, and cross-platform Metaverse worlds for Web and Web3 developers is a futuristic step in the right direction,” said Parisi. “I firmly believe in the idea of an open Metaverse and am dedicated to helping build it — Croquet’s tools create a Metaverse that can be accessed virtually anywhere. I’m excited to be aboard and move forward with our shared vision.”

Parisi is one of the leading spokespeople for the immersive industry, speaking on industry trends and technology innovations in virtual and augmented reality at numerous industry conferences. He was recently named in Next Reality’s 30 People to Watch in Augmented Reality in 2020. Most recently, Parisi was Head of XR Ads and E-Commerce at Unity, where he oversaw strategy and product for the company’s real-time 3D brand advertising and commerce solutions.

Parisi joins a galactic class group of pioneers who invented much of the technology that is foundational for the Internet and the Metaverse. Other members of the Croquet technical advisory group include:

“Many advisory groups are made up of figureheads,” said David A Smith, Founder and CTO of Croquet. “Not ours. Each of these advisors is active in the vision and strategic direction of Croquet and we engage with them regularly. Many have been involved in the project since its inception.”

Croquet OS is the open, browser based operating system that unites the web and the Metaverse. The OS loads instantly from any URL or QR code during entry to a virtual world with web, mobile or AR/VR devices. It uses synchronization, live data and persistence services from its globally deployed Croquet Reflector Network to enable ultra low-latency, low-bandwidth shared experiences. Any Metaverse developer can integrate Croquet OS as infrastructure to enable multiuser shared experiences and achieve perfectly synchronized shared social interactions.