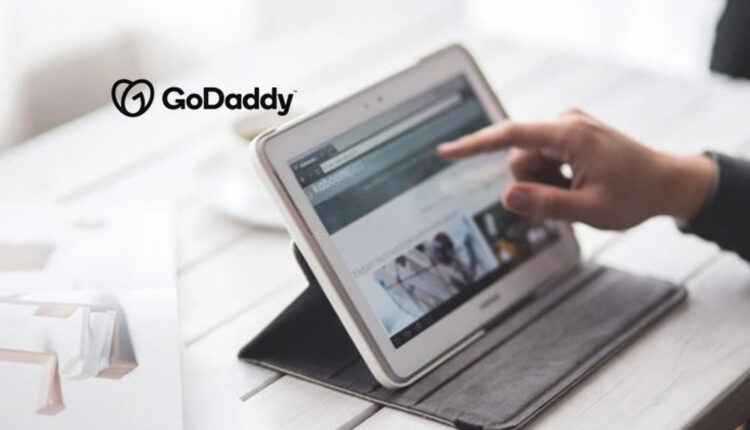 With 30 percent of the over 20 million microbusinesses GoDaddy surveyed in the US started since 2020, these stories highlight the new face of entrepreneurship

GoDaddy Inc., the company that empowers everyday entrepreneurs, announced today the launch of a new video series, “This is Where We Stand.” The series will feature stories from microbusinesses across the country who adapted, pivoted and pushed forward even when the odds were against them.

Each story will feature data from GoDaddy’s Venture Forward initiative, a multiyear research effort to quantify the impact these millions of microbusinesses have on the economy and their local community. The everyday entrepreneurs creating these online microbusinesses are as diverse as this country. Since the start of the pandemic the share of businesses started by women has gone up 22 percent, and the share of Black owners has increased by 44 percent.

“According to our data, 30 percent of the owners we surveyed have started their microbusinesses since 2020,” said Jeremy Hartman, Vice President, Venture Forward at GoDaddy. “With the surge in people changing their careers, starting businesses and pivoting how they engage in the economy, we wanted to celebrate the future of entrepreneurship.”

This is Where We Stand, features GoDaddy customers narrating their unique stories, including:

Lizzy Van Patten, she started her rock-climbing business, She Moves Mountains, in 2018 as a means to confront the lack of female presence in the climbing and professional guiding world. In 2020, she was forced to shut down for the season and had to make extensive sacrifices to support herself and employees. Instead of shutting down her business for good, she pivoted by adding merchandise and other items and in 2021, she became the most profitable she’s ever been.

Juanita’s Plants, owned by Kat Hernandez and based in Brooklyn, NY was started during the pandemic. Kat saw firsthand the therapeutic impact of freshening up a home space with plants and decided to use her plant skills and know-how to help people create healthier and more beautiful environments.

Andrew and Rachel had just moved in together when the pandemic hit and both of their pre-COVID jobs were no longer viable. They took an odd job to repaint a large home to make ends meet. One job turned into two, then three and so on until they ended up turning their side gig into a booming business with Interior Painting of Asheville in North Carolina.

Everyone told her she was crazy, purchasing a coffee shop right as the stay-at-home mandate went into place. But Geetu Vailoor had a feeling it would all work out when she took over Union Coffee in Seattle from its previous owners on March 19, 2020. And she was right, it took some creative problem solving and a bit of pivoting, but she stayed strong, and Union Coffee stayed open.