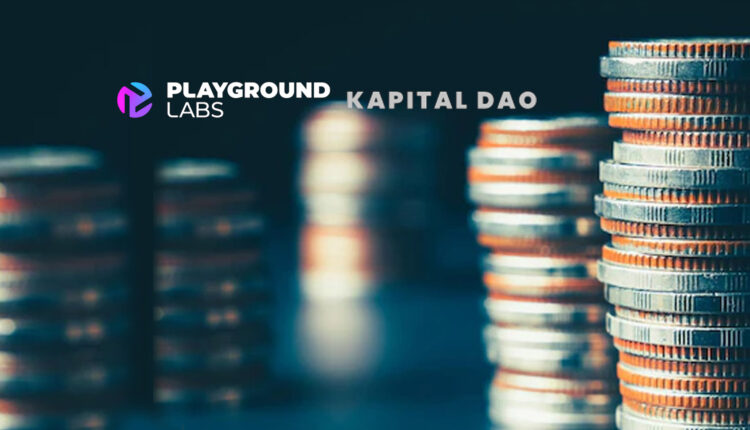 Playground Labs, a blockchain gaming development company, today announces the launch of the Kapital DAO guild and web3 gaming protocol. This project is designed to funnel billions of capital and players into the web3 gaming ecosystem by eliminating operational friction at every step of organizational gaming.

The Kapital DAO enables two crucial web3 gaming features: it empowers anyone, including large investors and institutions, to scale play-to-earn gaming operations by simply delegating permissions trustlessly to any third party (e.g. a talented player) instead of manually performing laborious blockchain transactions individually; in addition, the Kapital DAO itself functions as a massive decentralized gaming guild, boasting over 50,000 members at launch with substantial funding and plans to onboard thousands more players over the coming months.

Today’s announcement comes as web3 gaming approaches a critical juncture, with hundreds of millions of dollars pouring into the nascent space but very few true scaling solutions available. The Kapital DAO specifically aims to partner with top-tier blue-chip games and establish early footholds through robust industry relationships to scale at the highest level of competition. The project’s “guild-as-a-service” protocol has already garnered dozens of applicant guilds who will be activated within the coming weeks, with each specifically seeking to reduce their own operational overhead by utilizing the Kapital DAO’s trustless delegation systems. Kapital DAO’s internal monetization methods scale with player volume in the web3 gaming space, and the project is committed to bringing players, organizations, and institutions into the fold.

“Innovation in web3 gaming is taking off at breakneck speed, and the Kapital DAO is uniquely positioned to provide an omnibus solution for investors and players alike who are looking to deploy assets or massively scale operations within the play to earn space.” said Sam Peurifoy, CEO of Playground Labs. “The project’s tech solution is live now and actively in the process of onboarding the first 100,000 players from participating guilds onto the platform”.