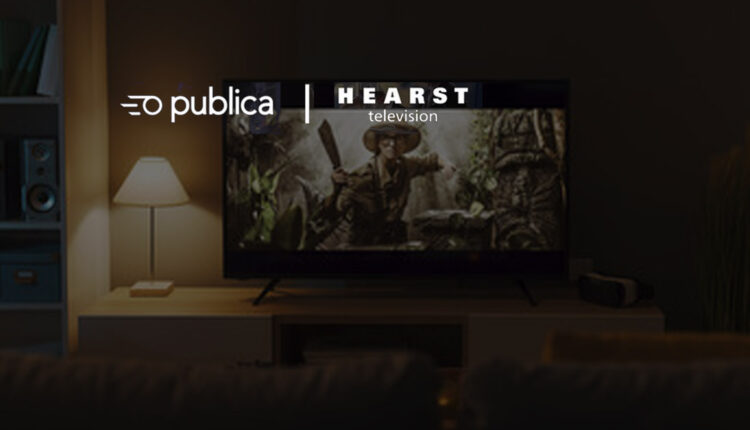 Through this relationship with Publica, Hearst Television will provide advertisers with enhanced buying techniques similar to those of linear TV. This includes competitive separation, frequency management and the ability to purchase the first slot within ad pods – much like standard TV commercial breaks.

Key Publica technology features that Hearst Television has implemented include:

Publica has been instrumental recently in helping the IAB Tech Lab to build out the new protocols that bring increased security and targeting to streaming ad breaks via the introduction of OpenRTB 2.6, and also ads.cert 2.0 that secures the practice of SSAI. In implementing Publica CTV ad decisioning technology, Hearst Television can ensure its CTV inventory is being targeted and served in the most secure way possible, providing its advertisers with the controls and transparency they require[TC1] .

“We’re excited to be collaborating with Hearst Television and providing them with the ad decisioning technology to grow their global advertising revenues, and empowering Hearst Television with the SSAI capabilities to improve their streamers’ viewing experiences on CTV,” said Ben Antier, Co-Founder & CEO, Publica.

“Publica’s SSAI and Unified Auction technology allows us to accomplish two critical objectives; to provide the best and most relevant experience for viewers, while enabling safe and efficient solutions for our advertisers,” said Jonathan Sumber, VP Digital Sales, Hearst Television.

Rumble Partners with RSBN for Exclusive Livestreams and Ad…