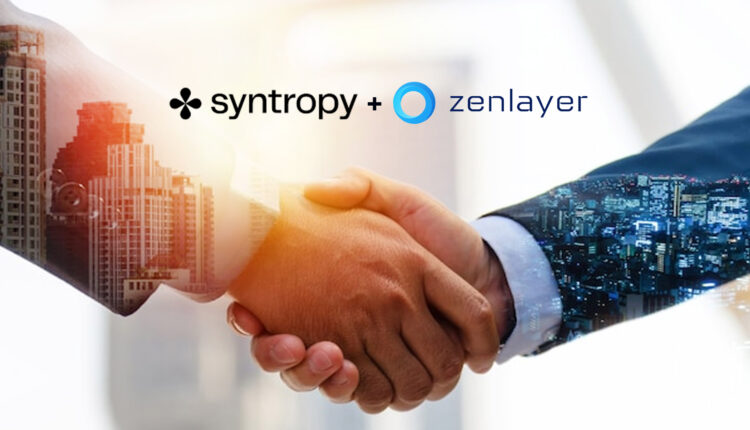 The partnership will enable Zenlayer to tokenize excess bandwidth and offer it on demand through Syntropy’s blockchain-based Open Bandwidth Exchange (OBX).

Optimized bandwidth will become available to everyone who is looking for the fastest Internet connection to power their services. Syntropy’s native NOIA token will be used as a medium of exchange on the OBX marketplace, allowing Zenlayer to tokenize its networking infrastructure, making it one of the first precedents in the industry to tokenize bandwidth.

This ecosystem will provide the best customer experience for Syntropy’s users due to the opportunity to choose the most suitable connection. Zenlayer will set up and manage DARP (Distributed Autonomous Routing Protocol) nodes at strategic locations of its network. DARP is the protocol Syntropy developed to route data around public Internet congestions, providing the best paths for Syntropy clients’ traffic – the lowest latency, the lowest packet loss, and the most negligible jitter. All connections are secured through native end-to-end encryption.

A world leader in edge cloud, Zenlayer has the most distributed and hyperconnected infrastructure in the world’s fastest-growing economic regions, operating more than 270 Points of Presence across 45+ countries. Zenlayer will join the OBX infrastructure on the supply side and act as one of the founding members of OBX, contributing to the robust pace of the Web3 industry.

Mr. Domas Povilauskas, Co-founder & CEO of Syntropy, said, “We are proud to lay the first steps in the Web3 industry to tokenize bandwidth. Industry giants such as Zenlayer are brave enough to join the supply side of OBX with their vast infrastructure resources. This represents a tremendous step towards establishing an industry-standard settlement layer for bandwidth on demand.”

“We are delighted to team up with Syntropy in tackling some of the biggest challenges faced by web3 network users today.” said Joe Zhu, Founder & CEO of Zenlayer. “Our massively distributed edge infrastructure, combined with Syntropy’s first-of-its-kind protocol, will radically augment the network scalability and bandwidth efficiency for Web3, paving the way for massive dApp deployments in the near future.”