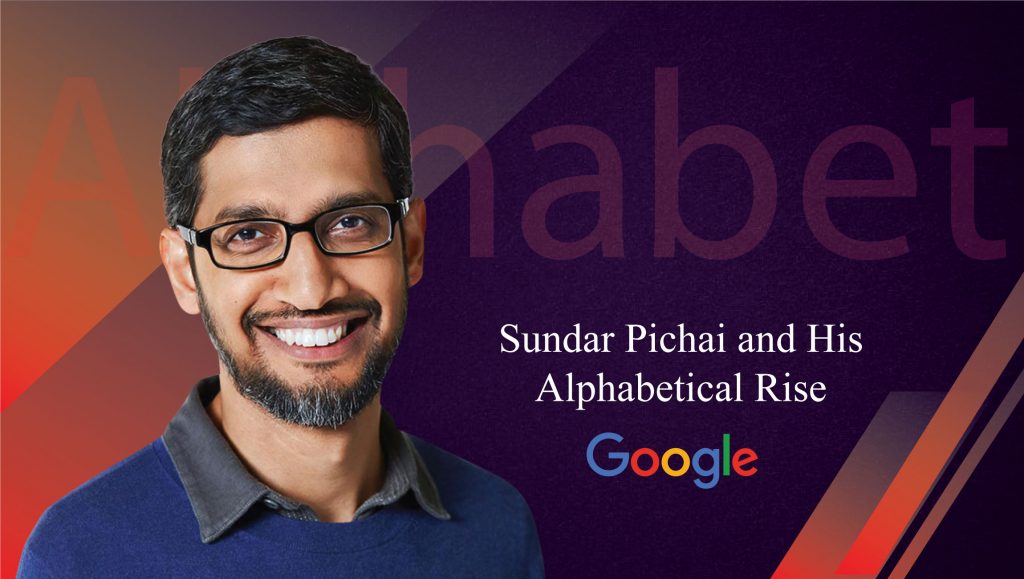 The forces have shifted to Alphabet as Sundar Pichai reaffirms his ‘wartime’ mantle that promised to make Google ‘safer, transparent, and accountable’ to users

The ‘internet era’ has turned another chapter this week. Sundar Pichai has replaced Larry Page as a CEO of a technology company for the second time in the last 5 years!!! Yes, the owners of Google, Alphabet Inc. now has a new CEO. It sounded like an internal shuffle initially, but soon took over a trending update for tech aficionados and aspiring entrepreneurs. Current Google CEO Sundar Pichai has taken charge of the new role of Alphabet CEO yesterday, replacing Google co-founder Larry Page. This would be the first time that both co-founders Larry Page and Sergey Brin would completely take their foot and minds off Alphabet’s global operations, which now has diversified into numerous technologies and services.

This is how the tech fraternity came together to congratulate Google CEO for his next battlefield, which includes taking the company to new heights in Cloud Computing and Security domains. Google is already facing backlash from numerous data guardians and regulators for failing to convince how it mines, stores and uses data. And, for those, given Sundar’s extensive experience as a Product Developer, the new CEO is a solid leader.

Larry Page and Sergey Brin will continue their involvement as co-founders, shareholders and members of Alphabet’s Board of Directors.

PayTm Founder, Serial Entrepreneur, and the youngest Indian to be on Forbes’ World Billionaire Vijay Shekhar was among the first to express his excitement about Alphabet’s CEO role.

Vijay Shekhar tweeted that every founder dreams of a “team mate like you.”

Alphabet Inc. was launched in 2015, as a restructuring initiative to diversify into other technologies and services; and to narrow down Google’s operations into internet, Cloud and Computing stacks. Sundar took over as Google CEO during this restructuring, where he had replaced Larry Page. Larry and Sergey left Google to take over Alphabet.

When #SundarPichai was asked at his job interview what he thought of the newly launched Gmail, he admitted that he didn't know what it was.

Great leaders don't have to have all the answers, all the time. They need the courage to understand & admit that they don't know it all.

In the official press announcement, Sundar Pichai said, “I’m excited about Alphabet and its long term focus on tackling big challenges through technology. I’m looking forward to continuing to work with Larry and Sergey in our new roles. Thanks to them, we have a timeless mission, enduring values, and a culture of collaboration and exploration. It’s a strong foundation on which we will continue to build.”

In his new role, Sundar would be expected to fire-fight many extraordinarily challenging technology and governance-related issues.

42615
We store cookies on your computer to improve your experience and provide more personalized services, both on this website and on other sites. For more information about the cookies we use, see our Privacy Policy. We won't track your information when you visit our site. We will have to use at least one cookie to ensure that you won't have to make this choice again.AcceptPrivacy Policy