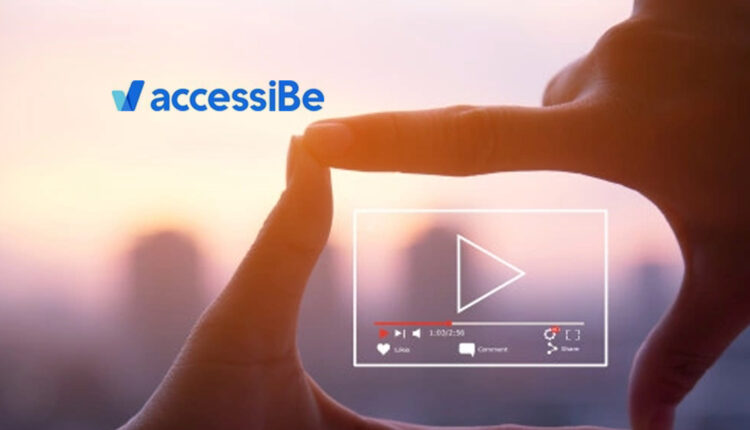 Designed to spread a message of empowerment, “The Unstoppable” campaign marks the first ever national TV ad that directly addresses gaps in web accessibility and features only people with disabilities

accessiBe, the market leader in web accessibility, announced that it is launching its first national TV ad campaign focused entirely on web accessibility, making it the first time the issue will be addressed on national TV. Written and produced by a team that includes a wide range of people from the disability community, the ad features only participants with disabilities. The unstoppable actors, all of whom have accomplished incredible achievements ranging from winning a medal in the Paralympics, to performing on Broadway, to raising a family, include Aimee Copeland, Emily Kranking, Kyle Maynard, James Clingman, and more.

Debuting in markets across the U.S. beginning on July 12, 2021, the 60-second ad will broadcast nationwide on prime time channels for eight weeks.

“People with disabilities aren’t limited by their limitations, they’re limited by an inaccessible web. They are unstoppable. I am unstoppable. We are unstoppable,” said Michael Hingson, Chief Vision Officer of accessiBe, who is blind himself. “For this reason, I am honored and excited to have worked so closely on the creation of this campaign. In addition to bringing awareness around an important topic, I hope that it also brings a sense of empowerment to members of the community.”

“Despite web accessibility being a critical topic, especially as people continue to do almost everything online, conversations around it have not yet entered the mainstream TV world. At accessiBe, we believe this has to change,” said Shir Ekerling, CEO of accessiBe. “‘The Unstoppable’ campaign aims to open the hearts and minds of business owners to acknowledge the importance of web accessibility.”

accessiBe is dedicated to solving web accessibility problems through advanced technology, tools and services, and ultimately achieving its vision of making the internet accessible by 2025. The ad follows accessiBe’s recent announcement of the upcoming launch of accessFind, a nonprofit initiative designed in partnership with leading disability-focused organizations to provide the first search engine created for end-users with disabilities.

The Threat from Within: 71% of Business Leaders Surveyed…