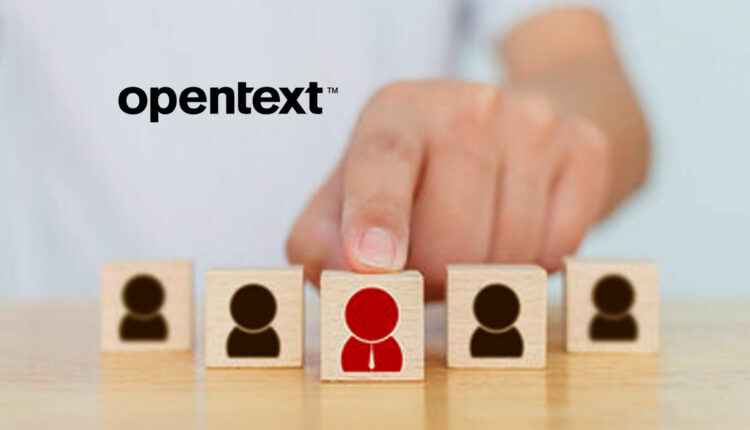 “I am very excited about OpenText’s cloud led growth strategy and our ambitions to continue our successful profitable growth in the future,” said OpenText CEO & CTO Mark J. Barrenechea.  “We have the strongest leadership team in our history, and as we continue to implement and execute against our strategic plan, I am pleased to announce these strategic appointments.”

“It will be exciting to watch the achievements from our executive team in the coming years, as we remain laser focused on our value creation approach of total growth, profitability, and capital returns,” added Mr. Barrenechea. “I am deeply grateful for Gordon Davies’s 13 years of leadership and many achievements at OpenText and wish him the best in his retirement.”

The appointments and changes are effective immediately and each report to the Chief Executive Officer.

Medidata Recognized as a Program of the Year Winner at…