The antivirus solutions were tested for their ability to protect against real-world internet threats, identify malicious programs, defend against advanced targeted attacks, and provide protection without slowing down a PC. 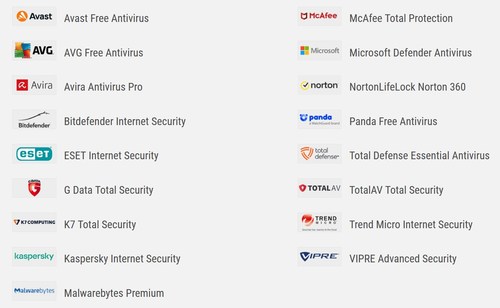 After considering the results of these tests, AV-Comparatives announced that its 2021 Product of the Year Award has been granted to McAfee.

In 2021, McAfee received 6 Advanced+ Awards and one Advanced Award. It took a Gold Award for the Malware Protection Test, along with joint Silver Awards for the Real-World Protection and Advanced Threat Protection Tests. A review revealed that its user interface is clean, modern and touch friendly, whilst the McAfee Firewall co-ordinates perfectly with Windows’ settings.

“We are happy that last year’s tests helped several vendors to find bugs in their software and that this information contributed to improving the products.”

“AV-Comparatives conducts the most rigorous tests on the market, so vendors whose products were recognised with an award should take this as a recognition of excellence. However, there is no such thing as the perfect security program. Before selecting a security product, please visit the vendor’s website and evaluate their software by downloading a trial version to see if it meets your needs.”

“Congratulations to McAfee and the other award-winning vendors. Whilst all of the AV solutions in our tests achieved an acceptable level overall, some outperformed others.”

A total of 17 vendors’ products were tested throughout the last year. The awards were based on assessments carried out as part of the AV-Comparatives Consumer Main Test-Series, which incorporates the Real-World Protection Test, Performance Test, Malware Protection Test, False-Alarm Test and the Advanced Threat Protection Test.

The Product of the Year Award is given to the AV solution with the highest overall scores across all the tests in the Public Consumer Main Test Series.

AV-Comparatives’ awards and rankings are based entirely on products’ technical capabilities, not on any other factors such as costs.

Parmonic Joins the ON24 Partner Network

Mobiquity Technologies, Inc. and MWPolitical Team Up for…