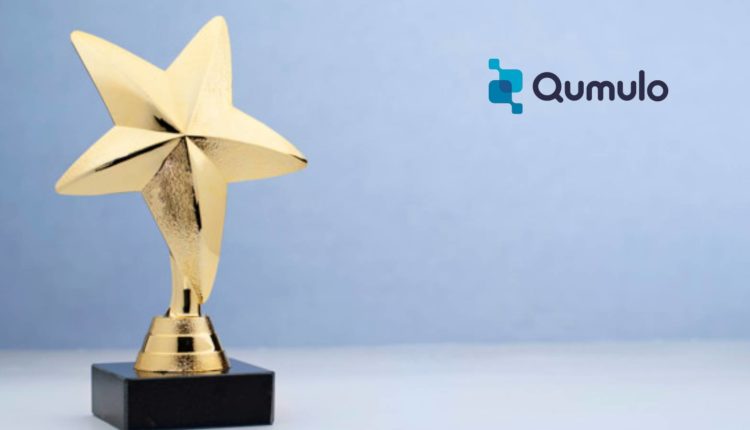 Qumulo, the leader in data storage and management at scale, announced it has been declared the winner of the “Best Cloud DR / Business Continuity Solution” in the international Cloud Computing Awards program, the Cloud Awards. This award recognizes Qumulo® Recover Q as the industry champion for complementing customers’ existing business continuity strategies without compromising data safety and integrity.

“This is a highly competitive industry and Qumulo has demonstrated intuitiveness and ingenuity which gives them their edge,” said Annabelle Whittall, Judge at the Cloud Awards. “Qumulo offers a wide service that does more than just recover data and ensure you can get back to “normal” after a ransomware attack. Businesses using Qumulo also benefit from monitoring and detection as part of their defense against data thieves. At the Cloud Awards, we are impressed and pleased to recognize Qumulo with this award.”

“ after a ransomware attack. Businesses using Qumulo also benefit from monitoring and detection as part of their defense against data thieves. At the Cloud Awards, we are impressed and pleased to recognize Qumulo with this award.”

Qumulo Recover Q is a business continuity and disaster recovery (DR) solution that bolsters existing strategies to help guard against and react to ransomware threats, which are increasing dramatically. The solution helps customers minimize the attack surface threat actors target and leverages DR on-premises or in the cloud to quickly resume operations. A core component of Recover Q is a low-cost cloud disaster recovery-as-a-service capability that allows customers to replicate data and snapshots offsite, providing an added layer of defense and near-instant failover capability in the event of a disaster. With Recover Q, customers can also eliminate redundant data centers to drive down capital costs.

“We are honored to be recognized by the Cloud Awards for our continued cloud innovation and leadership,” said Ben Gitenstein, Vice President of Product at Qumulo. “Today’s enterprises create and store more data than ever before. A record-breaking number of customers from all industries around the world are turning to Qumulo for its radically simple solutions, such as Recover Q, to store, protect and manage their data, and it is thrilling to be awarded for that innovation.”

Celebrating its 10-year anniversary, the Cloud Awards identifies and celebrates innovation in cloud computing from organizations of any scale, headquartered in any country. Hundreds of companies entered from across the globe, covering the Americas, Australia, Europe and the Middle East.

To find out how Qumulo is helping customers everywhere manage, protect and store massive amounts of data, contact us today.

SheerID Celebrates 10-Year Anniversary as a Leader in Identity Marketing