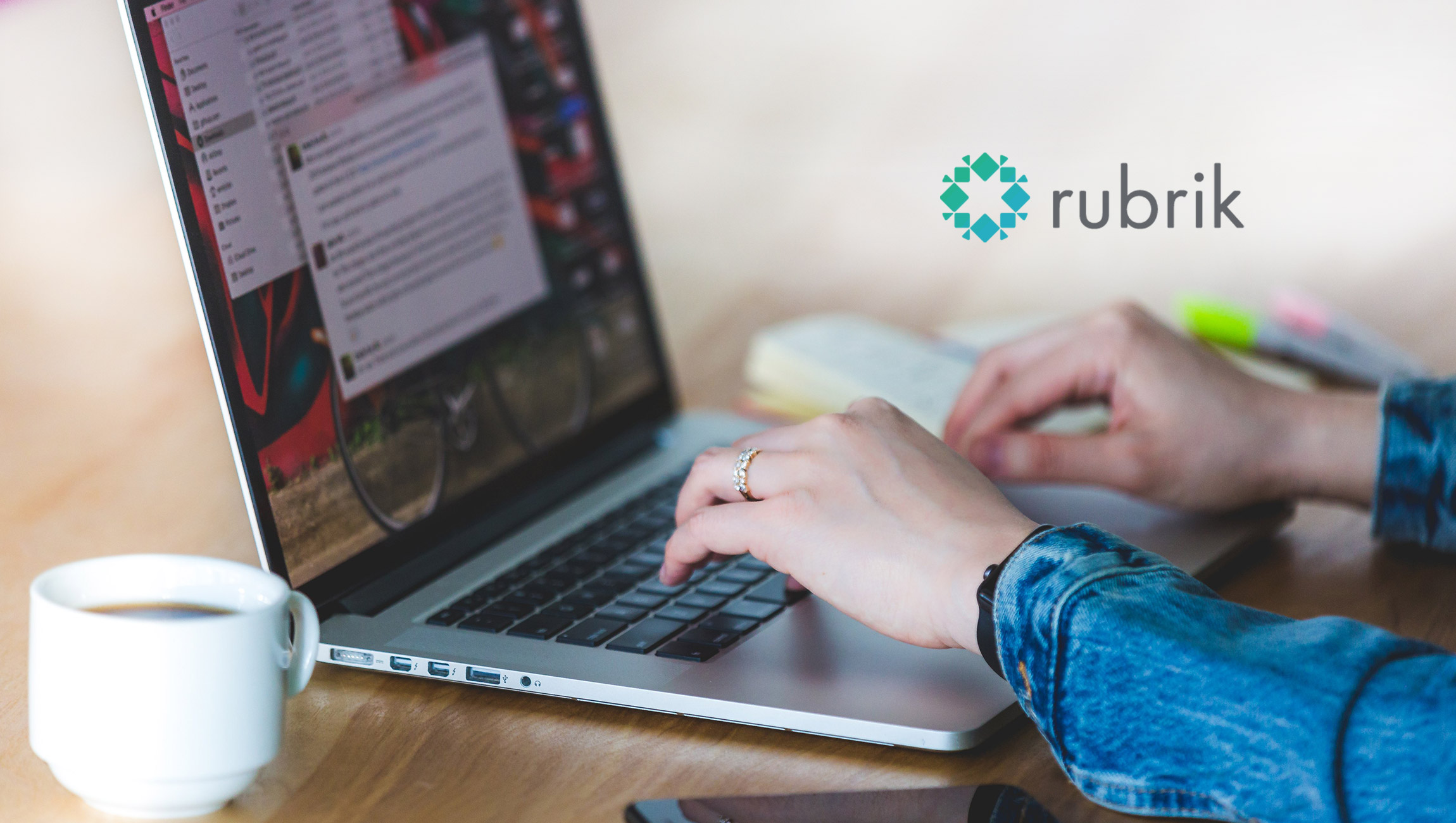 Bain Capital Ventures Is a New Investor in the Current Round, with Strong Participation from Existing Investors Lightspeed Ventures, Greylock Partners, Khosla Ventures and IVP

“Rubrik has won the trust and loyalty of large enterprise customers around the globe by offering a simple and reliable solution that solves the challenge of protecting and managing data in a hybrid cloud world,” said Enrique Salem, former CEO at Symantec and Partner at Bain Capital Ventures. “When we met Bipul, we were instantly impressed with his vision as well as the skill and tenacity of his team. Given my experience leading the largest enterprise data protection company, we are confident that Rubrik is positioned to win and be the market leader in enterprise cloud data management.”

“Our previous fundraising in 2017 was focused on global expansion and increasing our reach into the enterprise market. Now, with thousands of customers around the world, industry-leading customer satisfaction ratings, and numerous analyst and industry awards, we have customers asking us to solve new challenges,” said Bipul Sinha, Co-founder and CEO at Rubrik. “This new capital will speed the introduction of exciting new products in 2019 that will solve those customer challenges and significantly expand our strategic footprint in the enterprise.”

Rubrik will use the new funding for general corporate purposes, continued future innovation, and to support the launch of major new products planned for 2019. These new products will further capitalize on the sweeping enterprise transition to public cloud and the explosion of data. IDC estimates the overall data management market spend at $48 billion. Rubrik will also expand investment in go-to-market activities with the Company’s partners including Microsoft, Cisco, AWS, SAP, Nutanix, Oracle, VMware, Google Cloud, Pure Storage, and others.

Also Read: Holidaymakers Hold on ‘Sunshine Saturday’ as They Prepare for Spring Bookings

“Rubrik has differentiated itself as the industry pioneer and leader in the large and growing cloud data management market at an unprecedented speed,” said Ravi Mahtre, Partner at Lightspeed Venture Partners. “We believe Rubrik will fundamentally change the way enterprise IT operates over the next decade. That’s why it is one of the capstone investments in Lightspeed’s global portfolio.”

“In less than five years, Rubrik has delivered on its vision to simplify how businesses around the world keep and use their data, resulting in unprecedented growth,” said Asheem Chandna, Partner at Greylock Partners. “We’re proud to continue to closely partner with Rubrik on their journey ahead, towards continued rapid business scaling and further extending their leadership position in cloud data management.”

Blendwing Takes Digital Strategy and Marketing Automation to the Next Level