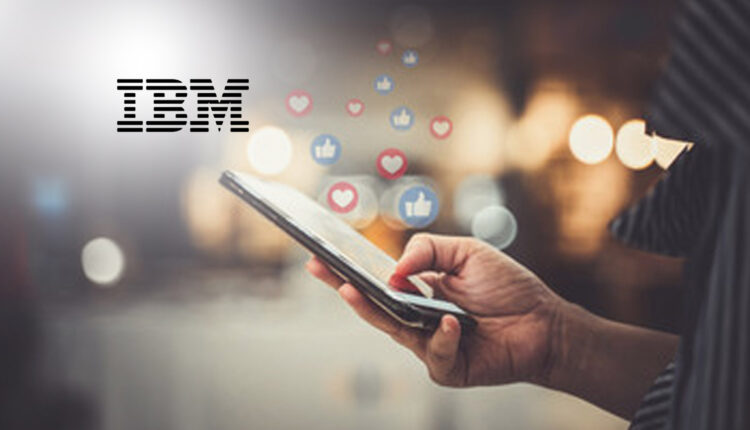 Despite a year of intense global focus on social justice issues, nearly half of lesbian, gay and bisexual Americans recently surveyed by the IBM Institute for Business Value (IBV) stated they believed that their employer discriminates against people of their sexual orientation.

The new IBM study “Striving for authenticity,” conducted with Out & Equal Workplace Advocates and Workplace Pride, also found that discrimination is more pronounced where race, gender, and sexual orientation intersect. Across all surveyed racial identity groups, lesbian, gay and bisexual respondents see their sexual orientation as the primary driver of the discrimination they’ve personally experienced in the workplace.

Strikingly, a global IBM study of CEOs from earlier this year showed only 17 percent of CEOs surveyed ranked diversity and inclusion among the most important organizational attributes for engaging employees.

“There is much more corporations can do to support LGBT+ people’s career aspirations and allow them to bring their full selves to work,” said Ella Slade, IBM global LGBT+ leader. “Empathetic leadership and support for employees’ mental health with programs like Safe Spaces to Talk – which give employees in the LGBT+ community and others a safe place for sharing their experiences and gaining support – can help especially during the COVID-19 pandemic.”

“What we’re seeing is an authenticity gap. Too many LGBT+ people can’t show up as their authentic selves at work without facing negative consequences,” said Deena Fidas, Chief Program and Partnerships Officer for Out & Equal. “Too many can’t express their true gender identity. We are shining a light on this problem and providing employers with a roadmap they can use to address it.”

Respondents’ experiences of discrimination based on sexual orientation stratified along race linesThe study found that 74 percent of Black lesbian, gay and bisexual women surveyed believe their identity group is less successful than the general population. By contrast, among White men surveyed who did not identify as gay or bisexual, that figure drops to four percent.

Better support for LGBT+ professionals’ career growth is criticalAccording to the study, LGBT+ people continue to be underrepresented on executive teams in the U.S. – only seven percent of senior executives surveyed identify as lesbian, gay or bisexual. In addition, more than two in three lesbian, gay and bisexual respondents reported they don’t feel equipped to overcome professional challenges, and nearly two in three respondents said they have had to work harder to succeed because of aspects of their identity.

The COVID-19 pandemic placed an outsized burden on many lesbian, gay and bisexual caregivers surveyed

Though the COVID-19 pandemic’s massive shift to remote work and school affected many professionals with caregiver responsibilities, 43 percent of lesbian, gay and bisexual respondents said they have struggled balancing working from home with taking care of other family members amid the COVID-19 pandemic, compared with 34 percent of non-lesbian, gay or bisexual respondents.

IBM has a rich heritage in diversity and inclusion and continues to learn, grow, and make progress. IBM designs and implements many inclusive policies, collaboration tools and benefits to support IBM’s LGBT+ community, allies and families, from transgender-inclusive healthcare benefits to training and certification programs about LGBT+ inclusivity to more than 50 LGBT+ employee resource groups around the world. IBM has also worked globally to secure equal rights protections for the LGBT+ community, including in the U.K., Hungary, Poland, Costa Rica, and Panama.

*In addition to the quantitative survey, the IBV hosted a global two-day virtual conversation – the Global LGBT+ Innovation Jam – in cooperation with Out & Equal and Workplace Pride, in which  more than 2,000 business leaders, subject matter experts, and thought leaders—LGBT+ and allies—provided additional perspective. The survey results did not allow us to assess the multitude of gender identities across the spectrum. The qualitative data from the Jam better articulates these experiences.

CobbleStone Voted A Top CLM Provider In The Law.com Daily Report’s Best Of 2021…

Protiviti Named One of the 2021 ‘Best Workplaces in…

Kanverse.ai Launches the Emerald Release Of Its Intelligent…

The Future of Digital Audio Advertising is a Dialogue