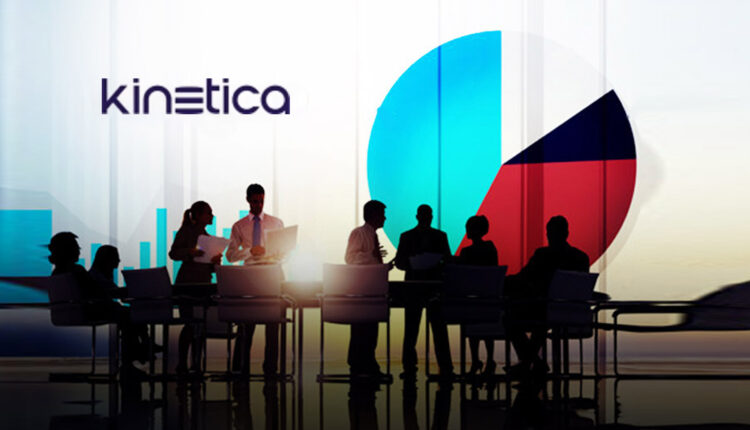 “As organizations become consumed with vast amounts of IoT data, it seemed natural to integrate with Confluent to help organizations fuse real-time and contextual data to ensure they can make the best decisions quickly.”

“Kinetica is the first fully vectorized database that can easily handle ingesting data at the speed of Kafka, able to process workloads involving aggregations, graphs, and time series orders of magnitude faster than traditional forms of parallel processing,” said Kinetica CEO and co-founder Nima Negahban. “As organizations become consumed with vast amounts of IoT data, it seemed natural to integrate with Confluent to help organizations fuse real-time and contextual data to ensure they can make the best decisions quickly.”

Kinetica provides rapid analytics on data at rest, delivering vital context on top of streaming data in Kafka. As a lockless, distributed database, Kinetica can scale with Kafka infrastructure, providing a seamless analytical experience on data in motion and at rest. Kinetica’s integration with Confluent makes it easy for organizations to ingest real-time data streams, conduct contextual analysis based on historical, geospatial, and temporal data, then take rapid action with more accurate insights.

Example use cases that benefit from this combination of streaming and contextual analysis Kinetica and Confluent provide include:

How Confluent and Kinetica Work Together

Confluent has powered the open-source platform Kafka to become the enterprise’s most ubiquitous technology for event streaming and processing. With its fully-managed service offering, Confluent Cloud, companies of all sizes can set data in motion, with all the infrastructure and time savings of the cloud.

Kinetica is able to ingest at the speed of Kafka because of its lockless architecture, distributed ingestion, and distributed key-value lookup. It then helps organizations realize the benefits of real-time data by fusing it with other data, providing full context and allowing you to use more history than you could with a streaming platform alone. Combining Kinetica and Confluent provides advanced query capabilities that are performant while data comes in – in other words, the ability to query as fast as an organization can stream.

To put Kinetica and Confluent into action, users can try Kinetica for free on Azure Marketplace and simply set up a Confluent Cloud instance as a streaming data source. Users can download the Kinetica Developer Edition for free with a simple, one-line install, and be able to experiment with the platform whenever an idea strikes.