Poll: 78% Of Voters Support Requiring Companies to Allow Consumers the Right to “Opt-In” Before Sharing Any of Their Personal Data 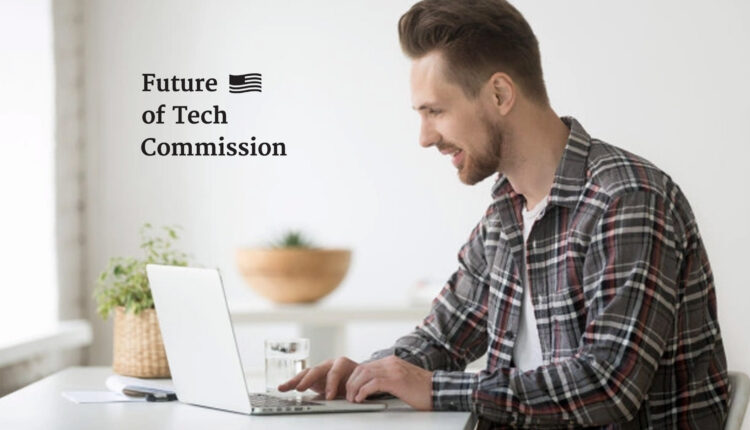 Future of Tech Commission to Release Its Recommendations for a Comprehensive Federal Tech Policy on February 16 After Spending the Last Year Gathering Input From Thousands of Americans During Public Town Halls, Public Opinion Surveys, and Interviews With Leading Experts

An overwhelming majority of voters support government actions to protect consumer privacy, families, and America’s future from the power and influence of large technology companies, according to a recent survey conducted by Benenson Strategy Group and Public Opinion Strategies for the bipartisan Future of Tech Commission. When it comes to protecting privacy, 78% of both Democratic and Republican voters surveyed support requiring companies to allow consumers the right to “opt-in” before sharing any of their personal data.

While voters from both parties strongly believe that consumers should control their data, not companies, the survey also finds that 76% support restricting companies from collecting and using personal data beyond what’s needed for effective service. Voters widely support regulations that would strengthen privacy protections for everyday people on the internet, making it easier for consumers to control their personal data and keep it out of the hands of big tech companies that already reach too far into their lives.

Voters also want the government to take decisive action to strengthen cybersecurity and regulate dangerous content online. 74% support (48% strongly support) the federal government committing additional resources to strengthening cybersecurity networks so that Americans can use the internet without fear of data breaches or cyberattacks.

When it comes to protecting the country’s future, 75% agree that if the United States does not establish rules and guardrails around dangerous or false content online, our democracy could be under threat.

Importantly, Americans believe that technology is as vital today as running water and electricity, and we need to make sure that tech continues to improve our lives, but we can only do so if we fix what’s broken. 85% of American voters agree that technology is an essential element of our lives—and the government has to regulate it just like any other essential part of life.

Over the last year, the Future of Tech Commission, an independent and bipartisan working group of civic leaders co-chaired by former Governor of Massachusetts Deval Patrick, former Secretary of Education Margaret Spellings, and Common Sense Media Founder and CEO James P. Steyer, convened a wide cross-section of the American public, business leaders, and experts from across sectors to generate input on the most urgent tech policy challenges and opportunities facing America’s economy and democracy, with the aim of issuing a national call to action on tech policy later this month.

“These poll results reflect the fact that federal policies made more than a generation ago have not kept up with the constantly changing technology marketplace. Our outdated regulatory structure has put our society and children at risk,” said Margaret Spellings. “It is clear from this poll that we should not ignore Americans’ concerns. Instead, we must seize this bipartisan opportunity to take action to protect our country’s data, cybersecurity networks, and future generations.”

“The findings are clear: Americans everywhere want an internet they can trust,” said Governor Deval Patrick. “When misinformation runs rampant, every community suffers — and we’re running out of time. Our leaders must lead and summon the political will to protect our children, safeguard our privacy, and reign in the undue influence of big tech.”

“The degree of support for action on tech policy, on a bipartisan basis, is astounding,” said James Steyer. “The time is now for our elected leaders to put kids and families first and pursue a coordinated set of steps on tech policy to provide the strong protections kids and families need from big tech companies that continue to prey on them like sheep. This poll shows that it doesn’t matter what Americans’ political affiliations are, they want the government to act to protect their privacy and our democracy from big tech.”

The poll is the second conducted by Benenson Strategy Group for the Commission (the first poll was released in September 2021) to take the pulse of Americans’ attitudes toward regulating big tech. Results from more than 1,003 registered voters nationwide reaffirm rare bipartisan consensus when it comes to concerns about the power of big tech and Americans’ inability to protect themselves and their children. Moreover, even as the electorate continues to be polarized on key domestic issues, voters across the political spectrum are united in believing that the federal government should protect them and curb the growing influence of big tech.

Next Wednesday, Feb. 16, the Future of Tech Commission will release and discuss their blueprint of tech policy recommendations and a coordinated national framework for the Biden administration, Congress, and the American people at an event headlined by Senators Richard Blumenthal (D-CT) and Marsha Blackburn (R-TN), and Federal Communications Commission ChairJessica Rosenworcel.

Ruby Raises $7.3M to Give Users Greater Control and Privacy Over Their Data

Optimove Integrates with TikTok and Snapchat to Expand…