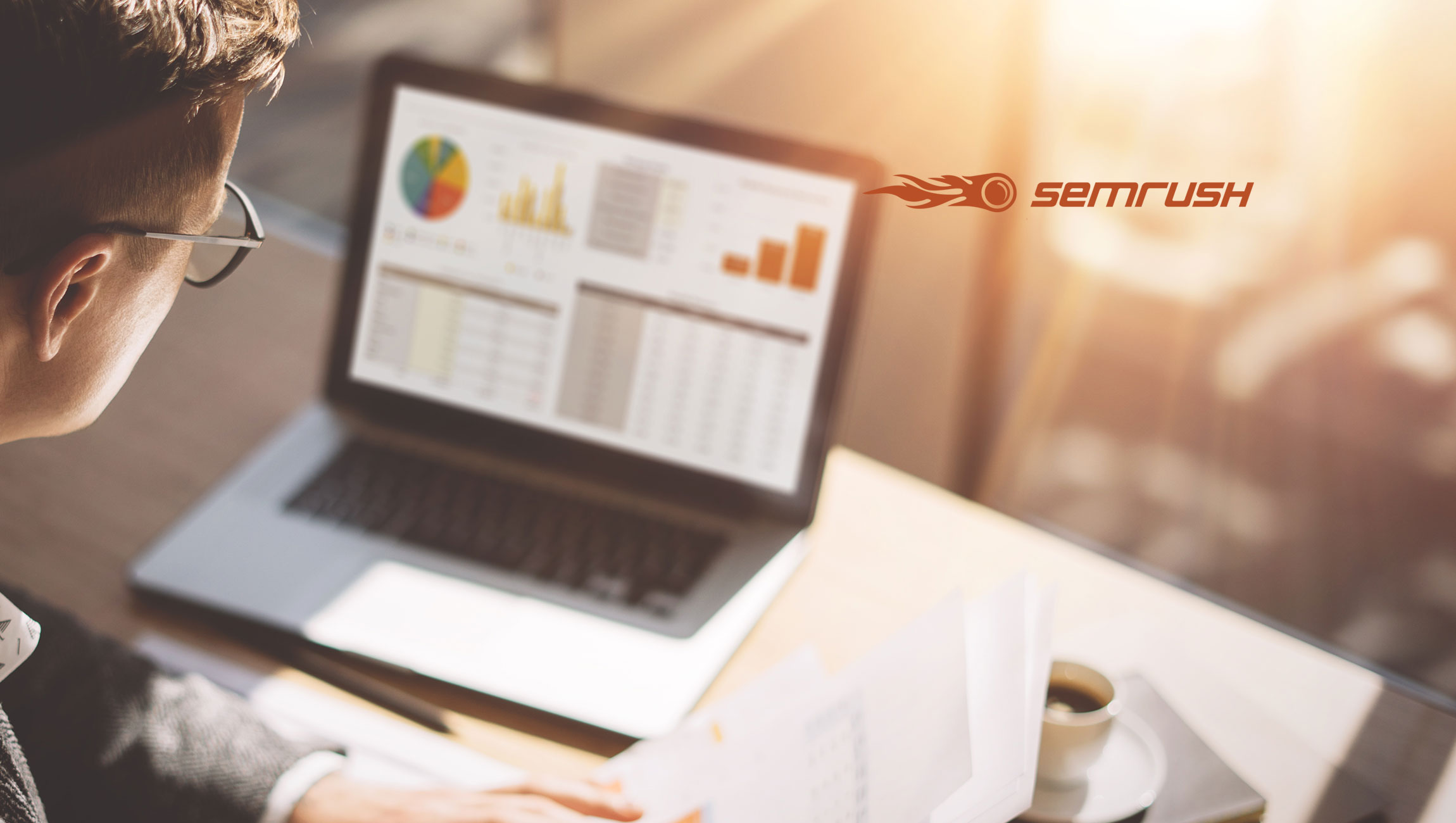 Trends data provider SEMrush has revealed the top UK consumer searches in the run up to Black Friday.

According to online search data, by far the biggest winner in the battle for Black Friday sales is Sony, with searches for “Black Friday” and “PS4” more than double that of its nearest rival, the Nintendo Switch at 37,000 and 18,000 respectively.

Microsoft’s Xbox One, meanwhile, has fallen well behind its long-time rival, slipping into third place with searches of only 17,000. 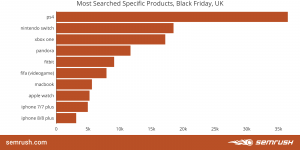 Jewellery retailer Pandora is the only non-electronics related company in the top ten, placing fourth with 11,000 searches, followed by fitness app, Fitbit and video game FIFA. Apple products comprise the remainder of the list, although they account for 20,000 searches between them, just over half as many as those logged for the PS4 alone.

Looking at UK Black Friday trends overall, the data predicts a major surge in interest in Black Friday sales following a lull in the three years since 2014 – the year when Black Friday first took off in Britain. The search data indicates that 2018 search levels will comfortably beat the 2.25M levels of 2014, despite these levels having been below 2M for the last three years. 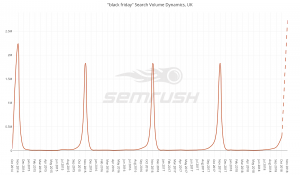 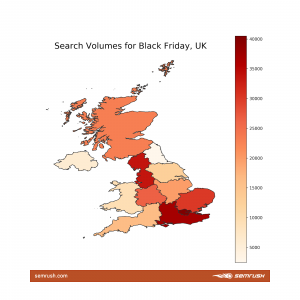 Olga Andrienko, Head of Global Marketing at SEMrush, said: “In what are increasingly tough times on the high street, retailers can make good use of data like this in order to track patterns of consumer behaviour around key shopping spikes. Such insights can provide a significant advantage in an increasingly competitive space.

“The search data ultimately acts as a useful barometer for gauging customer interest in certain products and services across different geographies, and can help advise marketing and R&D strategies, ensuring brands are well-prepared for busy times.”

TechBytes with Daniel Jaye, Founder and Head of Product, aqfer