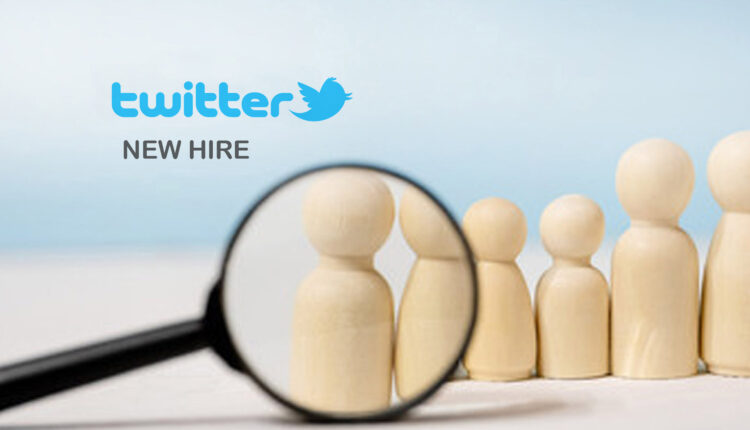 Mimi Alemayehou to join the Board, bringing more than 20 years of investment and finance experience across emerging markets

Jesse Cohn to depart the Board after important year at Twitter

Elliott has Information Sharing and Engagement Agreement with Twitter

Twitter, Inc., today announced the appointment of Mimi Alemayehou to the Company’s Board of Directors as a new independent director, effective immediately.

“Mimi’s extensive experience overseeing growth in emerging markets in both the public and private sectors will be invaluable as we advance Twitter’s mission to serve the public conversation across the world,” said Patrick Pichette, independent chair of the Twitter Board. “Mimi shares our commitment to social responsibility and strengthening global communities, and we’re eager to benefit from her perspective and regional expertise as we expand Twitter’s presence to Ghana and invest in improving our service across Africa and other regions.”

Ms. Alemayehou, who brings to Twitter’s Board more than 20 years of investment and finance experience across emerging markets, with a strong focus on Africa, said, “I have long respected Twitter’s focus on supporting the diverse global communities that drive public conversation, and am proud to join the team as they work to expand Twitter’s reach around the world. I look forward to working closely with Twitter’s management team and the rest of the Board to help oversee and execute the Company’s long-term growth objectives.” In her current role as Senior Vice President for Public-Private Partnerships at Mastercard, Ms. Alemayehou leads Mastercard’s partnerships with private foundations, international development organizations and non-governmental organizations with the objective of building commercially sustainable digital ecosystems that benefit everyone by advancing financial inclusion, transparency, support to humanitarian response and economic development.

In connection with Ms. Alemayehou’s appointment, Jesse Cohn will be stepping down after an important year on the Board. As one of Twitter’s largest shareholders, Elliott Investment Management will continue to engage with members of the Company’s senior management team and Board, facilitated by the Information Sharing and Engagement Agreement the Company entered into with Elliott.

Mr. Pichette continued, “On behalf of the Board, I want to thank Jesse for his support and contributions as a director. Over the past year, years of foundational work combined with a clear focus on growth and monetization paid off. The pace of innovation at Twitter has increased dramatically, the company is executing at a high level, and the vision of Twitter’s ecosystem value is being realized. We are grateful for Jesse’s insights and commitment to help strengthen Twitter over the course of this important year.”

Jack Dorsey, CEO of Twitter, said, “As we shared at our Analyst Day, we continue to build upon our strengths and are proud of our progress. We are appreciative of Jesse’s input and support during an important year for us.”

Jesse Cohn, Managing Partner at Elliott, said, “It’s been a pleasure to serve on Twitter’s Board during this remarkable period of progress for the company. Over the past year, thanks to the hard work of Twitter’s management team and Board, Twitter has improved operational execution, strengthened the Board’s governance, initiated a share repurchase program, established bold, multi-year performance goals, meaningfully accelerated its release of new products and monetization strategies, and intensified its focus on operational performance and shareholder value creation. Elliott remains one of the company’s largest shareholders, and I look forward to continuing to collaborate with Twitter’s management and Board as it executes on its vision.”

CobbleStone Voted A Top CLM Provider In The Law.com Daily Report’s Best Of 2021…

PlayTreks Simplifies The Music Industry With…

Incorta Powers Business Analytics On the Go With New Mobile…