ListenFirst, the most comprehensive social analytics solution for the enterprise, recently released its State of Social TV report with key insights into Facebook’s organic reach, how consumers are engaging with TV properties on social media, audience make-up of consumers engaging with TV properties, and the rise of social branded content as a new advertising opportunity.

“The growth of TV social audiences presented a new advertising opportunity in the form of branded content. So, naturally, Facebook’s recent announcement about changes to its News Feed has put a lot of media companies on edge. The unique insights in this report can help media companies better prepare for the Facebook changes to come, and also presents advertisers with a compelling reason for continuing to partner with media companies on social branded content,” says Jason Klein, Co-Founder and Co-CEO, ListenFirst.

Which social platforms are TV networks using most?

Where are TV audiences engaging?

On average, 5.8% of a TV network or program’s Facebook posts reached its fans organically in 2017. This represents a 40% decline in organic reach from Q1 to Q4. At the same time, the number of people who saw a TV post organically decreased by only 13%. Even though less fans (people who “like” a TV page) are seeing less content, the decline is less dramatic when examining reach overall.
The viral nature of the Facebook News Feed is the likely driver. A ‘story’ is created on a fan’s News Feed each time a fan likes a post, which in turn reaches the friends and family of that fan resulting in more people reached. 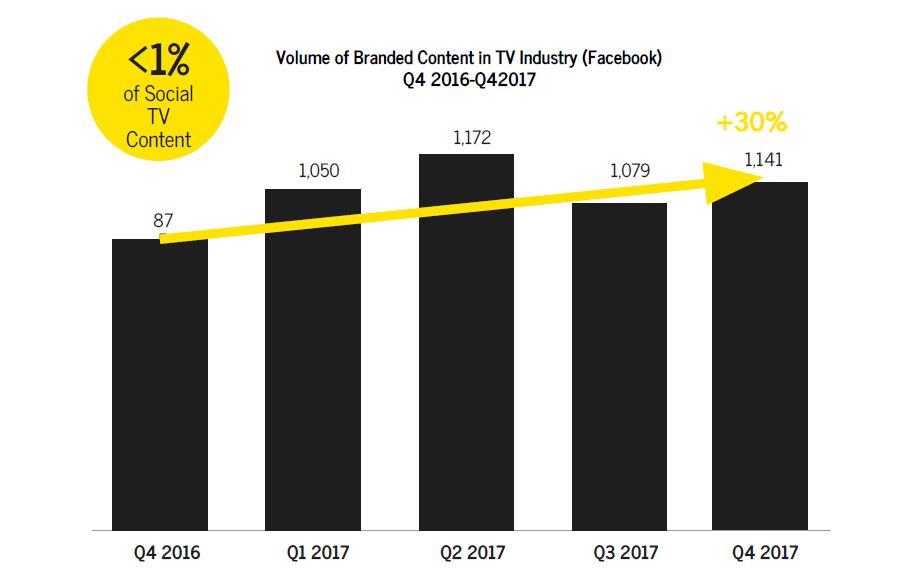 Also Read: Small Businesses Use Social Media Instead of a Website: Survey By Clutch

Key takeaways from the report include:

Recommended Read: Can Publishers And Agencies Survive In A World Led By The Duopoly?

A Valentine’s Story: How Brands Can Get Customers to Love Them

Verisk Welcomes Olumide Soroye to Its Board of Directors