Meta Data Systems, the leader in metadata management of media and entertainment catalogs, whose clients include WarnerMedia, HBO, MGM, Epix, and Fox, has announced that effective immediately, its new name will be “Fabric“. At the same time the company is launching a newly redesigned website. 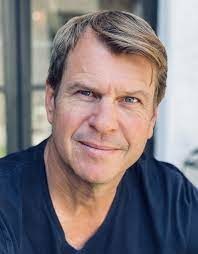 According to CEO Rob Delf, Facebook’s rebranding to Meta, afforded his own company a fresh opportunity to rebrand itself in a way more aligned with its core business services. In the data management industry, the term “data fabric” is defined as “a design concept that serves as an integrated layer (fabric) of data and connecting processes. It leverages both human and machine capabilities to access data in place or support its consolidation where appropriate.”

“Our new brand name – Fabric – better reflects our key technology and systems architecture, which takes seemingly disparate strands of data and weaves them together into a single, user-friendly fabric of information,” says Robin Tucker, Founder and Chief Product Officer.

The last decade has seen immense changes for media and entertainment companies with dramatic transformation at both ends of the value chain. The sheer volume and variety of metadata that media companies need to manage today requires modern software that is easy to use, efficient and nimble.

Since its inception in 2018, Fabric has gone on to securely manage over 20 million titles for its customers, enriching catalogues with billions of attributes that help to better connect content with audiences around the world. In addition, Fabric’s native enrichment and supply chain automation processes provide its customers combined savings in excess of $10 million annually compared to tasks that have historically been managed manually.

“Without a doubt, Fabric is now the industry standard for managing entertainment title catalogs at scale and holding all of the different types of metadata that need to be enriched against those titles,” says Delf.

Verisk Earns Great Place to Work Certification in India for…