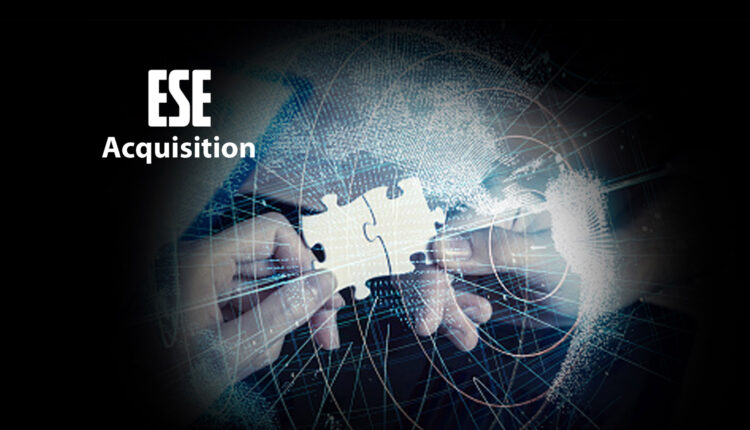 ESE Entertainment Inc. (“we”, “ESE”, or the “Company”) is pleased to announce that is has completed its previously announced acquisition of 100% of the shares of Frenzy sp. z.o.o. (“Frenzy”), a European esports media and technology company.

Frenzy is a media and production infrastructure company focused on the video game industry, which creates and executes esports and gaming events, broadcasts, and media content. For more information about Frenzy, please see the Company’s press releases dated September 30, 2021 and October 25, 2021.

Under the terms of the share purchase agreement dated October 21, 2021, ESE acquired 100% of the issued and outstanding shares of Frenzy (the “Transaction”). The purchase price consisted of (i) CAD $1,183,122.94 in cash payable on the closing of the Transaction (the “Closing”), subject to a customary working capital adjustment; (ii) CAD $1,183,122.94 in cash payable six months following the Closing; (iii) 656,606 common shares of the Company (each, a “Common Share”) issuable on Closing; and (iv) up to 1,363,720 Common Shares (the “Earn Out Shares”) to be released in four equal installments every 6 months (each such installment, an “Installment”), with the first Installment being issuable on the last day of Frenzy’s second full fiscal quarter following Closing. The Agreement will also contain an earn-out, whereby if Frenzy does not achieve certain revenue-based milestones during the earn-out period (commencing on Closing and ending two years thereafter), the number of Earn Out Shares issuable under the Agreement will be reduced proportionately. The Company has also agreed to discharge a loan owed by Frenzy in the amount of CAD $118,754.11 concurrently with Closing. The Company paid finder’s fees of $24,850 and 20,203 Common Shares to ZDK Holdings Ltd., a company controlled by Zachary Dolesky, and $99,400 and 80,813 Common Shares to Netberry OU, a company controlled by Martin Minc, for their roles in introducing the parties and for M&A advisory in connection with the Transaction.

Frenzy’s key personnel have agreed to continue to run the operations of Frenzy after Closing, to ensure continuous business operations and a smooth transfer of Frenzy’s business to the Company.

Konrad Wasiela, CEO of ESE, commented, “This transaction is another example of our team’s ability to execute a calculated growth strategy by utilizing strategic acquisitions that can add value and accretion to ESE. Completing the Frenzy acquisition will allow us to immediately accelerate our growth plans. Our teams have already hit the ground running and it is clear that our combined capabilities and resources are synergistic and primed for growth.”

Unlock Launches First of Its Kind Recurring-Billing NFT for Subscriptions

It’s Time to Stop Calling Privacy a Tech Problem: How…