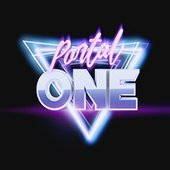 PortalOne, the world’s first hybrid games platform, announced that it has raised $60 million in an oversubscribed Series A funding round from a group of A-list investors. Tiger Global led the round, which included TQ Ventures, the investment fund led by Scooter Braun, Schuster Tanger and Andrew Marks, as well as the Singapore headquartered $283b investment company Temasek. Avenir Growth, Connect Ventures, Animoca Brands, Access Industries, Nordstar and Socii Capital also participated.

“We believe PortalOne is building an innovative experience at the intersection of gaming and entertainment. We are excited to back the Kasin brothers and their talented team as they continue to build and grow the business!”

In addition to TQ Ventures, the round also saw solid participation from other existing investors like Founders Fund, Coatue, Talis Capital, Rogue Capital Partners and SNÖ Ventures. Notable angel investors who also got in on the action include Matt Cohler, the American venture capitalist known for his early executive roles at Facebook and LinkedIn; Aleksander Larsern, the COO and Co-founder of Axie Infinity; Julius Genachowski, the former Chairman of the FCC; and Rishi Garg, known for his executive roles at Twitter, Google and MTV. Proceeds from the Series A will fund PortalOne’s next phase of growth, including a ramp-up to enable rapid expansion of content production for its hybrid games platform. Having already secured exclusive global distribution rights with Atari for seven years, an agreement that will allow Atari’s most popular arcade games to be “super-sized” and brought onto the platform, PortalOne is actively seeking out and negotiating partnerships with brands and IP owners for their use in the creation of new hybrid gaming formats.

Founded in 2018, PortalOne is the world’s first hybrid games platform, launching a whole new category of interactive entertainment that seamlessly embeds live shows into games. The platform’s first format is PortalOne Arcade, a retro-inspired universe that immerses the show’s guests inside original PortalOne games as well as into contemporary and “super-sized” classic games. This pairing enables users to compete directly against a show’s guests right from their mobile phones. PortalOne is also building its own proprietary technology to enable third-party creators to create content on the PortalOne platform, and has already entered into a strategic partnership with ARRI, the global market leader in camera and lighting technology.

PortalOne recently established its U.S. production studio in Los Angeles and is set to grow its team in both the U.S. and in Norway. PortalOne launched its US/Canada closed beta in August 2021, and the waitlist is now open for test users at PortalOne.com. The company aims for full launch in the first half of 2022.

Bård Anders Kasin, CEO and Co-founder of PortalOne, said: “Gaming, social, and media are converging, and we are fortunate to be at the very edge of that frontier. Our company now enters an exciting new phase of scaling up on all fronts as we prepare to introduce hybrid games to the world. Having great partners paved the way for us to make rapid progress in developing hybrid games. Now we look forward to welcoming new partners who recognize the opportunity PortalOne offers for iconic and popular IP brands to bridge into a whole new era of entertainment.”

PortalOne was co-founded and led by brothers Stig Olav Kasin and Bård Anders Kasin. Bård, who serves as CEO, previously worked as a Technical Director at Warner Bros. on revolutionary movie productions including the Matrix Trilogy. He also co-founded The Future Group, which provides mixed reality solutions for media production. Stig Olav, who serves as CXO, is an award-winning developer and executive producer of interactive entertainment and mobile games. As a television executive, he held key roles for shows like The Voice and Who Wants to be a Millionaire.

Evan Feinberg, Partner, Tiger Global, said: “We believe PortalOne is building an innovative experience at the intersection of gaming and entertainment. We are excited to back the Kasin brothers and their talented team as they continue to build and grow the business!”

Scooter Braun, Co-founder of TQ Ventures, said: “PortalOne is building a platform that converges the most popular forms of entertainment into one seamless experience that will appeal to every category of performer. This is the next place to be in the world of immersive gaming, with unlimited content possibilities.”

Schuster Tanger, Co-founder of TQ Ventures, said: “At TQ, we look for companies with unbounded possibilities, exceptional founders, and early evidence of user love — all things plain to see from PortalOne’s initial titles, with the best yet to come.”

Danny Cohen, President of Access Entertainment, said: “PortalOne brings together live video with immersive gameplay in a way I have never seen before. It is highly innovative, very entertaining and delivered with a loving attention to detail. The potential for Portal One’s gaming platform is immense.”

Matt Cohler said: “Great platforms emerge when imagination and exciting technology find an emerging market that is ripe for elevation to the next level. PortalOne is a rare opportunity to take part in the growth of something truly unique that will have immense global appeal. The team, the partners, and the potential of this platform make it unlike anything else out there.”

Aleksander Larsen, Co-founder of Sky Mavis / Axie Infinity, said: “Portal One is the next step for immersive gaming experiences, and I truly believe it can capture an entire generation of players. I’m so excited to see the new stars this platform will bring to life.”

Gen Z Consumers are Most Difficult Generation to Please

Lasso Partners With The Trade Desk to Launch Unified ID 2.0…