Puppets.World Launches an App for Animating Photos with AI Puppets.World launches an application for animating photos and paintings with AI. The app makes a person in an image repeat words and mirror facial expressions on the user’s video. 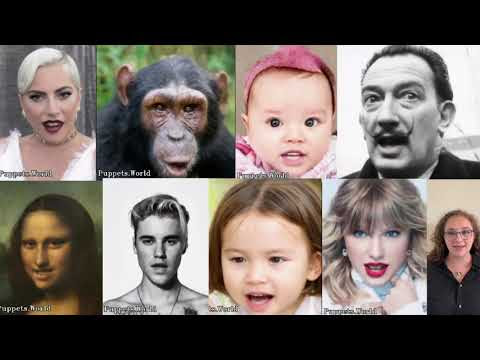 Puppets.World is an app which makes it possible, with the help of artificial intelligence, to animate any photo of a person, a portrait painting, or even a hand-drawn sketch. To do this, a user needs to record a video, choose a photo or a portrait drawing and push the “puppet” button. The puppet will repeat all the words from the video and copy facial expressions. Puppets.World app is available for free. For videos longer than 30 seconds, it’s suggested to purchase PRO minutes in order to improve speed and quality and optionally remove Puppets.World watermark and ads.

It may look like another deepfake app, but the technology is different. The widespread apps, like ReFace and FaceApp, leverage neural networks to modify an original face on a video or a photo to make it look similar to the user’s face. The new modified face in the video shows the celebrity’s facial expressions. This process is called morphing. The technology behind Puppets.World, is based on the same class of neural networks called GAN (generative adversarial network) but uses a different approach.

“Our Puppets.World system creates a map of facial features and tracks their transformation and movements on an original video, and then it makes a puppet mirror those facial expressions. We’re not generating a new face, not using morphing technologies, instead, we’re bringing a picture to life,” explains Alexander Gunin, Puppets.World CTO and co-founder.

The technology developed by Puppets.World is closer to face tracking, which is used in computer games and movies to create lifelike characters. But the company has made it possible to achieve the same results without connecting a user to multiple sensors and with no need for high-performance computers or a Hollywood-like studio environment.

“The resulting animated puppet is a digital human at a primitive level of autonomy. Soon, a digital puppet will repeat words by just listening to a voice recording, and then by ‘reading’ a text. Digital clones will be the next stage in the evolution of digital humans. They’ll learn a user’s behavior and preferences and act on their behalf. Highly autonomous digital humans in 15-20 years will start to acquire cognitive abilities and a dynamically changing autonomous personality based on personal “life” experiences,” said Svitlana Rahimova, Puppets.World CMO.

“It’s a media and entertainment app for bloggers and the general public. But it’s also more. Our technology can be useful in different industries such as marketing and ads, movie production, educational videos, and contact centers. For instance, when a movie needs to be translated from English to Chinese, lip movements and facial expressions must also be changed and this could be done automatically,” said Leonard Sheiba, co-founder and CEO of Puppets.World.

Yotpo Unveils New Partner Portal As the Number of Active…